Christina Mauser remembered through music by husband months after Kobe Bryant crash: 'She inspired me'

The husband of girls basketball coach Christina Mauser, who died alongside Kobe Bryant in a helicopter crash over three months ago, has started to find healing through music, which is his passion and something he built a career on as an entertainer.
KABC
By Tony Cabrera 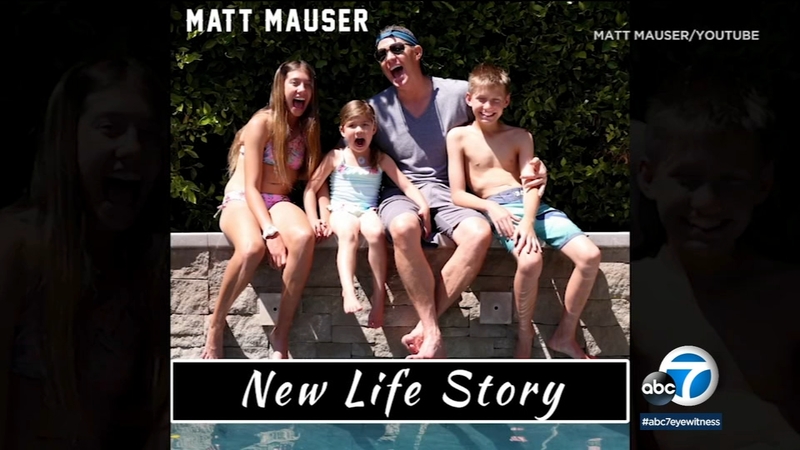 It's been more than three months since girls basketball coach Christina Mauser died alongside Kobe Bryant in a helicopter crash. Her husband, Matt Mauser, has started to find healing through music, which is his passion and something he built a career on as an entertainer.

"One morning, woke up and... I just felt the need to pick up the guitar," Mauser said.

In March, he wrote his first song, "Lost." This week, he released his second song, "New Life Story," which will lead up to an album this summer. It will also include a song called "Green Bike" that he co-wrote with one of his daughters before the accident. He says it saved her life because she was supposed to be on the helicopter with Christina, but they decided not to have her play basketball that day since she would be performing with him later that night and had been sick earlier in the week.

"I said, let's just keep her off, she's not feeling good, she's gonna be performing, so music kind of saved my daughter's life," he said.

The album is expected to have 10 songs, all showcasing how music heals.

He added that he finds himself in tears every day. The grief hits him and his kids hard when there are triggers, like their wedding anniversary earlier this week and Mother's Day on Sunday.

Mauser said it got even harder when coronavirus isolation orders took away their support system.

"Friends and family could come by, we can get some comfort from talking to people and being around people, and then all of a sudden we were just cut off," he said.

The isolation magnifies the loss of Christina as he thinks about how they would've made the best of the situation at home.

"If there's one lesson that I could kind of pass to people, it's really appreciate the person, the people that are in your life because when they're gone you don't realize just how painful it is," he said.

That is why his music is so instrumental, in more ways than one.