Assemblywoman Autumn Burke said she and her young daughter have "have no symptoms" but will remain in quarantine.
KABC 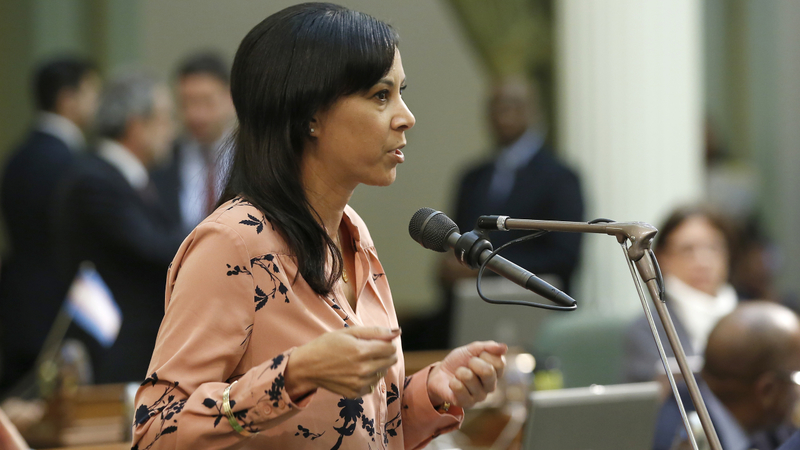 SACRAMENTO, Calif. (KABC) -- The California state Capitol in Sacramento will be closed until early next week after five Assembly lawmakers and staff, including a legislator from Marina Del Rey, tested positive for COVID-19.

On Monday afternoon, Assemblywoman Autumn Burke confirmed she had tested positive for the coronavirus.

Los Angeles County is continuing to see an alarming spike in coronavirus hospitalizations.

She spoke to Eyewitness News about her diagnosis and her warning to others.


The assemblywoman said she was notified on Friday by the Assembly's human resources department that she had a "mask-to-mask" exposure to the virus on June 26. She got tested the day after the notification, July 4.

The "mask to mask exposure" term used by HR, she said, meant she and the other person had masks on, but at some point were less than six feet from each other.

Medical experts say mask to mask is not a common term used by public health organizations. They also note that even if someone tests positive after being exposed to another individual who is known to be infected, that does not necessarily mean that is where the person picked up the virus.
Burke said she and her 6-year-old daughter have not experienced any symptoms but added that both will remain in quarantine until released by a doctor.

She said one of the frustrating aspects of the experience is that it has been difficult for some of her other family members to get tested.


She added that she had been vigilant about wearing a mask, cleaning her hands and limiting exposure to others. Her staff has been telecommuting.

"It's just really hard to imagine because we've been so vigilant," she said. "Honestly the only reason I'm on here is so people know, keep washing your hands, keep your mask on. It's not a promise you won't get it, but it at least increases your chances."

"It's not just about you because you may not have symptoms. But the harm you could cause to somebody else will break your heart."

(1/2) On July 3rd I received a call from the Assembly Human Resources Department that I had a "mask to mask" exposure to COVID-19 on June 26th. I was tested on the morning of July 4th and received my results in the evening that I had tested positive for the coronavirus.