One witness reported seeing at least three young children at the scene.
KABC 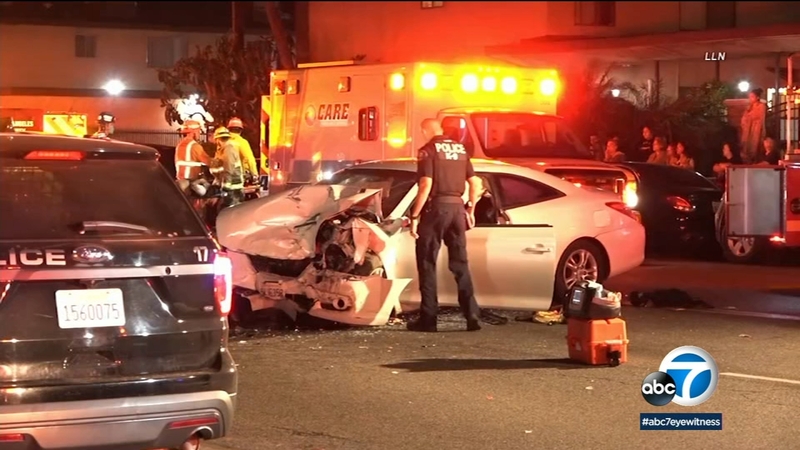 It happened around 1:30 a.m. Cypress Street and Barranca Avenue.

According to the Los Angeles County Fire Department, a total of six people were taken to the hospital, four of whom were in critical condition.

Information regarding the victims - including the age of the children - wasn't immediately released but video obtained by Eyewitness News showed a young boy getting treated on the scene.

One witness said she saw a total of three young children at the scene.

"I heard a big bang, and I came running through the park, and my son tried to bust the window open to get the kids out because the car was smoking," she said. "They got this boy out and I sat with the boy the whole time. Very bad accident."

It's unclear what caused the crash. The incident remains under investigation.