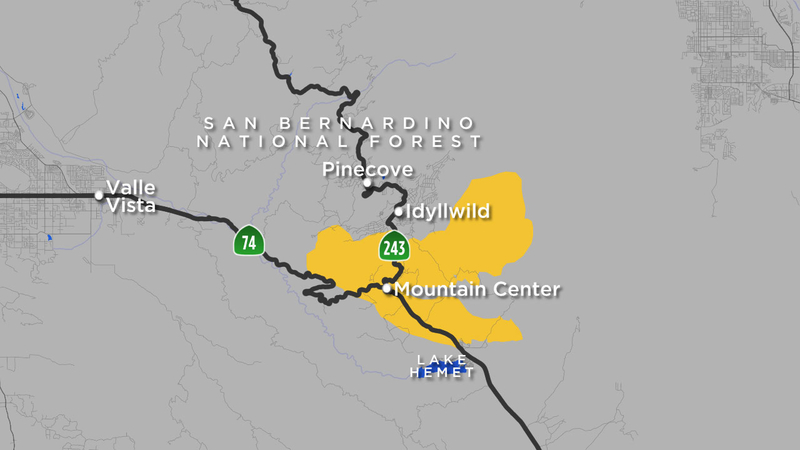 IDYLLWILD, Calif. (KABC) -- Two maps show the fire perimeter of the Cranston Fire, which has burned 11,500 acres and at least five homes in the Idyllwild area of Riverside County.

The Cranston Fire began about noon Wednesday as the apparent result of arson, according to authorities. A Temecula man, 32-year-old Brandon N. McGlover, was arrested and later charged with setting nine fires, including the Cranston Fire. His bail was set at $1,000,000.

Approximately 6,000 people were evacuated in the following areas:

Below is a more detailed map of the fire perimeter:

A wider map provides a closer look of the fire perimeter for the Cranston Fire, which has charred thousands of acres in the Idyllwild area.

The blaze was 3 percent contained as of Friday.

#CranstonFire Friday morning update: 11,500 acres burned; 6,000 people remain under evacuation orders; containment has dropped to 3%. This map shows three major "heads" of the fire; one to the northeast, the other two along the southern flank of the fire. pic.twitter.com/LKSEmryryE