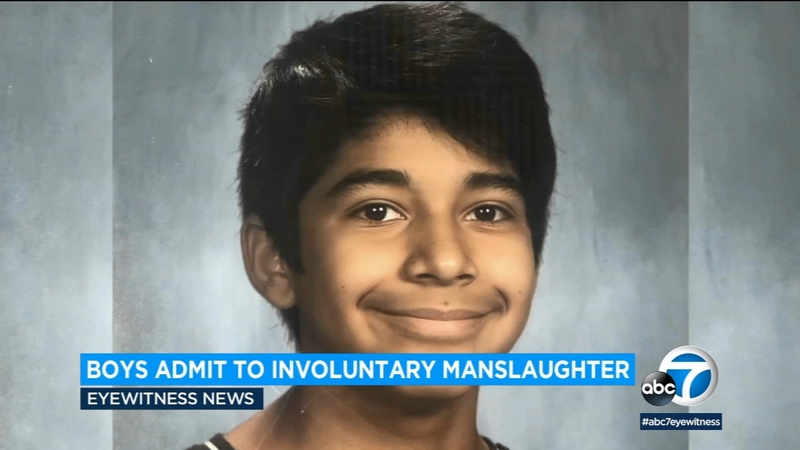 Teens admit to involuntary manslaughter in death of Diego Stolz

RIVERSIDE, Calif. (KABC) -- Two 14-year old boys accused in the 2019 fatal assault of a classmate at a Moreno Valley middle school have admitted to charges of involuntary manslaughter.

Riverside County prosecutors say both teens made the admission in juvenile court.

The defendants previously faced charges of voluntary manslaughter in the death of 13-year old Diego Stolz, a student at Landmark Middle School.

A bystander's cellphone video shows Diego being punched and then falling and hitting his head on a pillar during an on-campus altercation last year.

Both of the 14-year-old juveniles are expected to be sentenced in February.