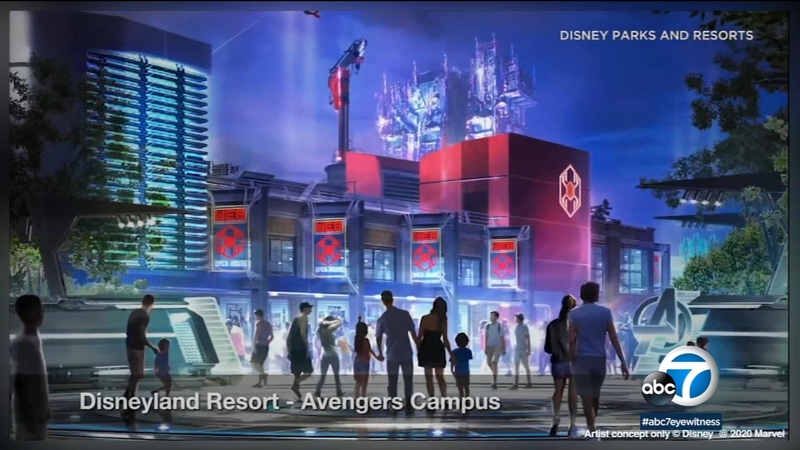 Progress is being made on the Avengers Campus at Disney California Adventure Park.

The immersive experience will feature "Web Slingers, a Spiderman Adventure."

According to Disney Parks Blog, the attraction will be housed in a new building called The Worldwide Engineering Brigade. On the attraction, guests will be able to "board vehicles and help Spider-Man take control of an army of Spider-Bots that have taken over Avengers Campus."

The new Marvel-themed land is replacing A Bug's Land which was based on the hit animated film, "A Bug's Life."

Across the way at Disneyland, construction is taking place for Mickey & Minnie's Runaway Railway, a new attraction coming to Mickey's Toontown.

Disney Parks on Youtube shared a look at the upcoming projects at parks across the world, including the Guardians of the Galaxy: Cosmic Rewind attraction at Walt Disney World and the "Zootopia"- themed land at Shanghai Disneyland.