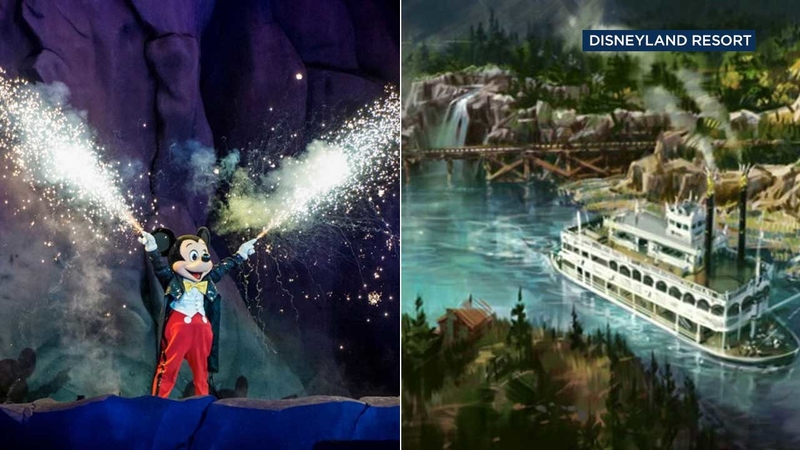 ANAHEIM, Calif. (KABC) -- Classic Disneyland attractions, which were on hiatus for construction of the new "Star Wars"-themed land, will return to the park in July.

The nighttime spectacular "Fantasmic!" show will return on July 17, according to the Disney Parks Blog.

According to the blog, the newly reopened show will combine new mist screens and state-of-the-art projection technology, resulting in brighter and more vibrant visuals than before.

The show will also feature new scenes inspired by Disney animated classics like "Lion King and "Aladdin," including a scene with Aladdin and Jasmine floating over a bed of fog on their flying carpet during the song, "A Whole New World."

Disney released a new rendering last year of what the Rivers of America would look like once construction is finished in the Star Wars-themed land.