Dodger Stadium reopens as COVID-19 vaccination site, one of the largest in the country

ByMarc Cota-Robles and Rob Hayes via

Dodger Stadium reopened Friday as a mass COVID-19 vaccination site, which Mayor Eric Garcetti says will have the capacity to vaccinate 12,000 people a day once it is fully operational.

LOS ANGELES (KABC) -- Dodger Stadium reopened Friday as a mass COVID-19 vaccination site, which Mayor Eric Garcetti says will have the capacity to vaccinate thousands of people a day once it is fully operational.

The site will be open six days a week and, eventually, 12,000 people will be inoculated on a daily basis.

"We're putting a very small dent in it today, we're going to be vaccinating approximately 2,000 people, but most of it is an exercise to see how our system works," said LAFD firefighter David Ortiz.

The stadium was previously being used as a mass coronavirus testing site, but it halted operations for a few days so it could be converted as part of an effort to increase vaccinations across the region.

Under current vaccination protocols in Los Angeles County, only health care workers and residents and staffers at skilled nursing and long-term care facilities are eligible to receive the shots.

Even though California has expanded eligibility to residents over age 65, county officials say they do not have adequate doses locally yet to start opening up vaccinations to that group.

The Dodger Stadium vaccination site opens as reports say that states may not receive their anticipated vaccine shipments from the national stockpile next week because the federal reserve of doses has already been used up. Gov. Gavin Newsom says California has already received 3 million doses and more was expected to come from the federal government.

Newsom says California anticipated receiving hundreds of thousands of doses and they're still trying to get answers from the Trump administration and they are working with the incoming Biden administration on getting answers as to when they could be receiving more vaccines.

Meanwhile, Supervisor Janice Hahn says she would like a system set up to make sure any unused COVID-19 vaccines are given out and not thrown away before they expire. Her suggestion comes after a report of unused doses being discarded, which the county denied Thursday.

Earlier this week, L.A. County health officials said along with Dodger Stadium and more than 70 other sites, more vaccination sites will be added to get frontline workers vaccinated in the coming weeks.

When it does become available to you, Garcetti encourages everybody to receive it.

"This vaccine is safe. It's your civic duty... it's an act of love for your fellow citizens because it's going to save someone's life, or many people's lives," the mayor said. "And it's a forward step to reopening our schools and our economy."

With the reconfiguration of Dodger Stadium, the city's testing capacity decreased from more than 40,000 to about 27,000 tests per day, according to Garcetti, but he said testing appointments remain available to those who want them. He noted that the city has been seeing a drop in testing demand every day.

Officials note the city continues to operate eight permanent and six mobile sites, and testing will be expanded at some of those existing sites. 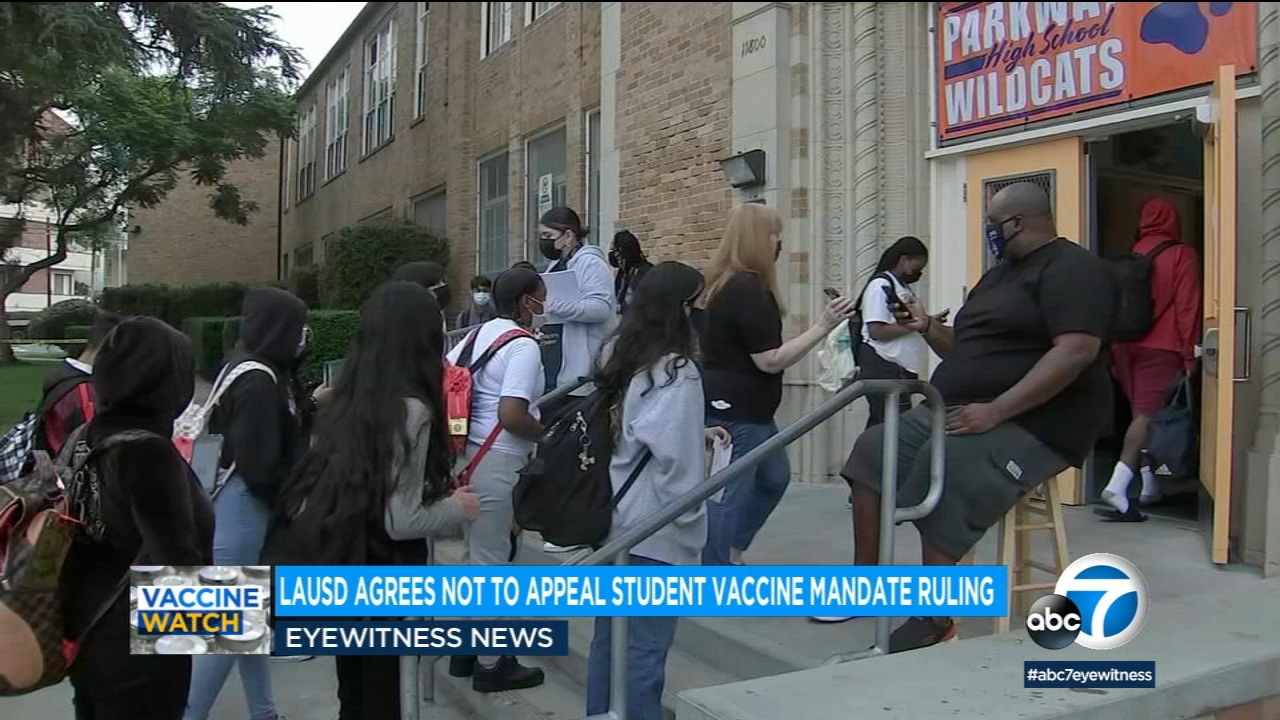