More than 7,700 people cast their votes during the opening weekend of early voting in Los Angeles County before Election Day.

NORWALK, Calif. (KABC) -- More than 7,700 people cast their votes during the opening weekend of early voting in Los Angeles County.

Election Day is Nov. 8, but thousands of voters have decided not wait - they're voting early.

"It's just a breeze, everybody should do it," said Barbara Dixon of Carson.

"I have to travel for work and I'm going to be out of town on Election Day," Austin said.

Julia Contreras drove over from Pasadena to cast her vote in Norwalk.

"I knew there'd be a line, wasn't quite sure it'd be this long, but I don't think it's that bad," Contreras said.

Los Angeles County saw an influx of early voters over the weekend.

Along with election headquarters in Norwalk, five other early-voting sites were opened for Saturday and Sunday - in Torrance, Culver City, West Covina, Lancaster - and the busiest location in North Hollywood, where some voters stood in line for two to three hours.

In total, 7,756 ballots were cast across all early-voting sites on Saturday and Sunday.

"It was clear that this was an option that voters in L.A. County want, it's something we will move towards more capacity in the future as result of that," said Dean Logan with the Los Angeles County Registrar.

Logan said voters have a lot to consider when factoring not only the presidential race, but the 17 statewide propositions and two L.A. County ballot measures.

He won't fully predict how many voters will turn out by next Tuesday, but he does expect numbers to be strong.

"We seem to be trending near or maybe slightly above where we were in 2008, which was the last time we had an open race for president in the United States, and that year, we had close to 82 percent turnout," Logan said.

Meantime, voters seem relieved to get their votes in after what's been a fierce race for the White House.

"I'll be glad when it's over because I'm tired of the smut," said Dixon.

The five early-voting centers are open on weekends from 8 a.m. to 4 p.m. During the week, you can vote at the registrar's office in Norwalk.

If you're voting by mail, your ballot must be postmarked by Election Day, and officials are reminding voters - don't forget that first class stamp. 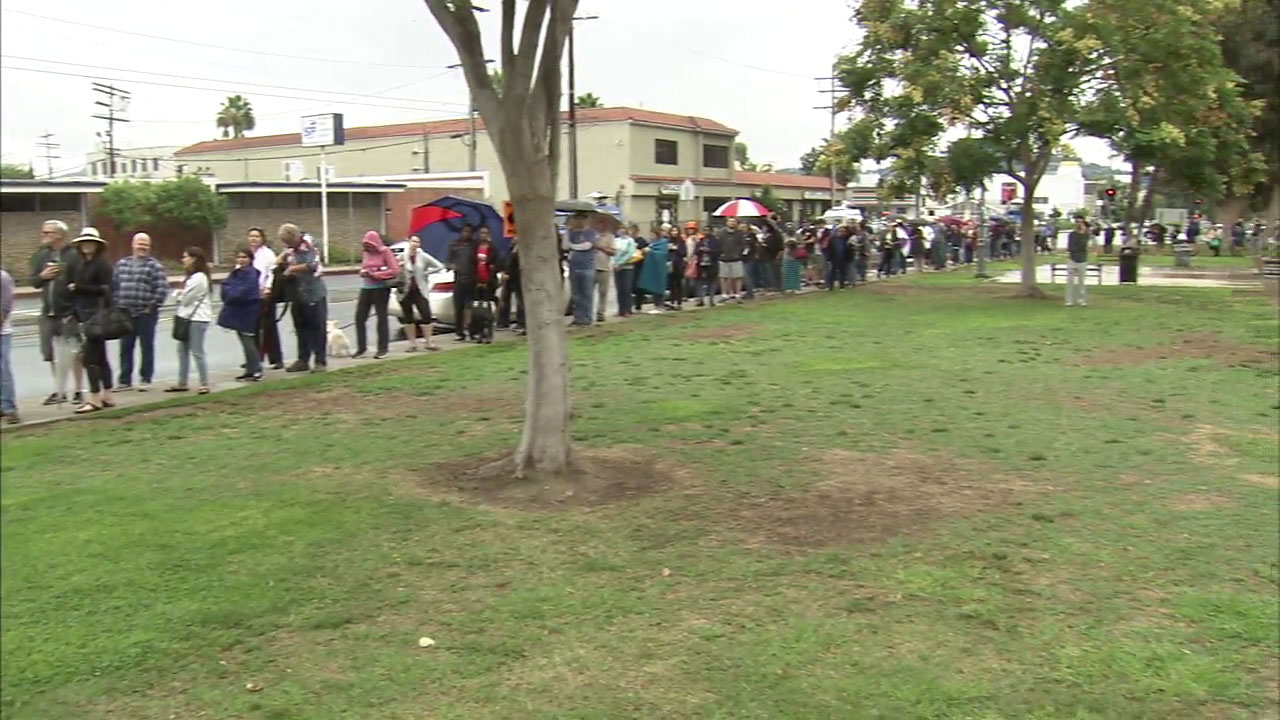