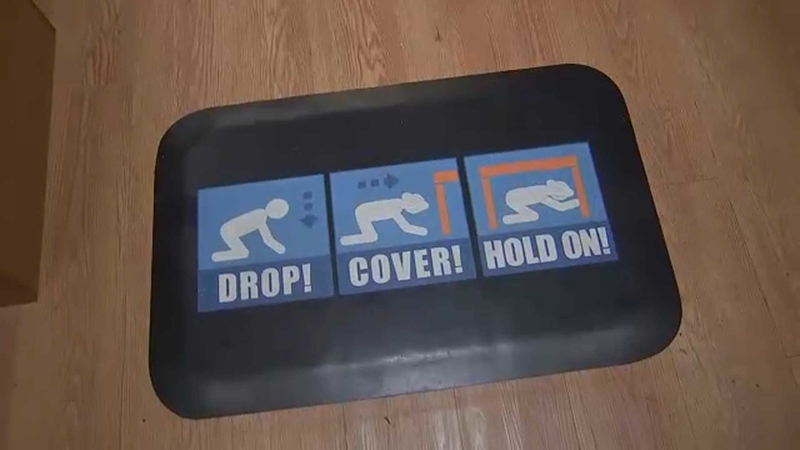 This year's drill, held at 10:17 a.m. to mimic the date of Oct. 17, came less than four months after the Mojave Desert town of Ridgecrest was struck by temblors of magnitude 6.4 and 7.1 during the first week of July. A magnitude 6.0 earthquake struck near Napa in 2014.

Participants were urged to "drop, cover and hold on" during the 60-second simulation, finding shelter under a desk, table or other sturdy surface.

According to shakeout.org, 10.7 million people -- including about 4.5 million in Los Angeles and Orange counties -- had signed up to participate in the Great California Shakeout as of Thursday morning. They were joined by participants across the U.S. and in Japan, New Zealand and Canada.
EMBED More News Videos

Most Californians live within 30 miles of an active fault, according to the California Earthquake Authority.

Annde Ewersten, a spokeswoman for the agency, noted that 1 million homes throughout the state are vulnerable because they are not anchored to their foundations.

"It's basically a home that, you might have a couple of steps to the house and you can crawl underneath it -- those houses haven't been anchored or bolted to their foundation and they might have a cripple wall also," she said. "And if they're not properly retrofitted they can topple off their foundation."
EMBED More News Videos