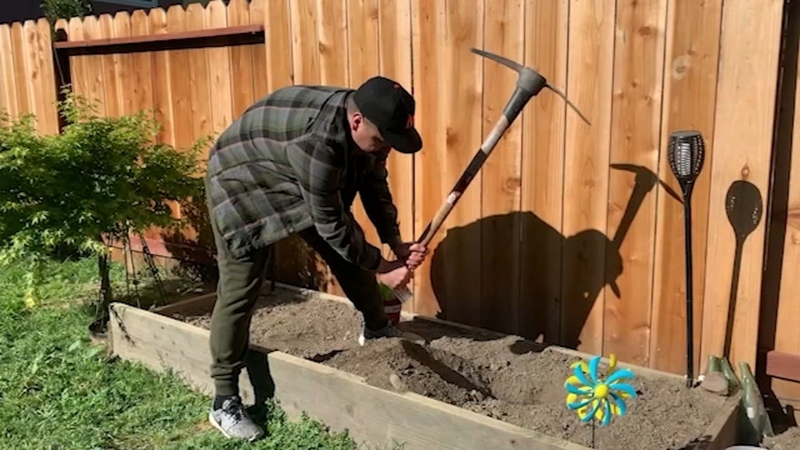 SAN JOSE, Calif. -- It seems unfair, but misfortune sometimes happens to those who can least afford it.

A man from Northern California's South Bay suddenly discovered thousands of dollars missing from his EDD account. Yet he finds room for optimism.

Luis Garcia had every reason to be upset. Bank of America declined his request to withdrawal money at a drive-thru ATM in Campbell.

He later checked his app and discovered $4,000 missing from his account.

"Kind of shocked. I was pretty much lost at that moment," the San Jose man said.

Garcia was counting on that money to stay afloat, yet he found just $84 left on his debit card.

"That money right now is like a safety net until I get a job. It's a big loss," he said.

So what happened to his money?

Bank of America told him someone had made big withdrawals from his account in Hollywood. The bank advised him to file a fraud report with the police.

He did and the bank sent him a new debit card. Then he discovered EDD had locked him out of his account.

"Okay, this is a new card. How is it locked?" he said. "They said that the accounts locked and I have to deal with EDD."

He contacted EDD and managed to get his identity verified within a week.

Within days, the missing $4,000 reappeared in his unlocked account.

Bank of America told ABC7 News that it is "working everyday with state officials to ensure that legitimate card holders have access to their funds."

Garcia was happy to resolve this matter.

"I'm grateful, grateful as can be. Like I said- honestly, I feel I would have not gotten that money back if it wasn't for you guys," he said.

Garcia has another reason to be grateful. He started working a few weeks ago in the Cosmetics Department at Macy's.