With unemployment numbers at a record high, many are struggling to receive benefits from the state's EDD system, which officials admit is outdated.
KABC
By Josh Haskell
LOS ANGELES (KABC) -- Nearly three years ago, Ben Hermes worked as an actor on the soap opera "The Young and The Restless." It was the last time he was a W-2 employee, meaning, he worked under a specific employer with set hours.

Now, his main source of income is freelance as the creative director for a digital marketing company. While that work went away because of the novel coronavirus pandemic, Hermes still received residuals for the soap opera along with years of other acting work in 2019. That's prevented him from receiving the correct amount of unemployment benefits.

"There are other states finding ways of making it possible for 1099 earners, the vast majority of their income coming from 1099, in order to allow them to have an appropriate amount of UI," said Hermes. "What I was awarded is just not going to be sufficient in order to help my family."

And what Hermes was awarded hasn't arrived yet. The Pandemic Unemployment Assistance is meant to help workers like Hermes, but he's been told he doesn't qualify.

The IRS says it's launching a new tool to allow people to track the status of their stimulus check, including the date payment is scheduled to be deposited or mailed to them.

So, Hermes tried to get someone from the state's Employment Development Department on the phone, as he said he had done hundreds of times since the COVID-19 crisis. He was unsuccessful.

"I'm upset about the wasted amount of time I've spent over the last seven weeks researching and doing webinars and trying to contact EDD to no avail," he said. "And then when I do get to contact and reach a person, they hang up on me."

Unemployment claims have surged since the coronavirus outbreak. More than 20% of the California workforce has filed for unemployment in the last seven weeks, a total of nearly four million people.

Between March 14 and April 25, EDD received about 3.4 million claims and processed about the same amount, but only 2.5 million people received benefits during that time, leaving at least about a million people without benefits who may have needed them.

While it's worth noting that some who apply for unemployment benefits may not qualify, officials at EDD have acknowledged the problems with their system.

The secretary of California's Labor and Workforce Development Agency, Julie Su, held a Facebook Live last Friday where she expressed that the EDD system is not what it should be and that Gov.Gavin Newsom has made modernizing it a top priority.

"I know there's been a lot of frustration. We've seen the need for improvement," said Su. "The system that we have now is one that we inherited. It's the one we have now, it's the one we've got to use right now so that's why we're working continuously to do everything we can to make sure we can get benefits out." 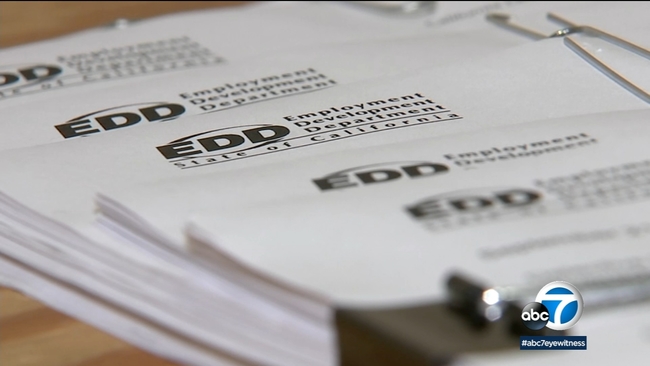