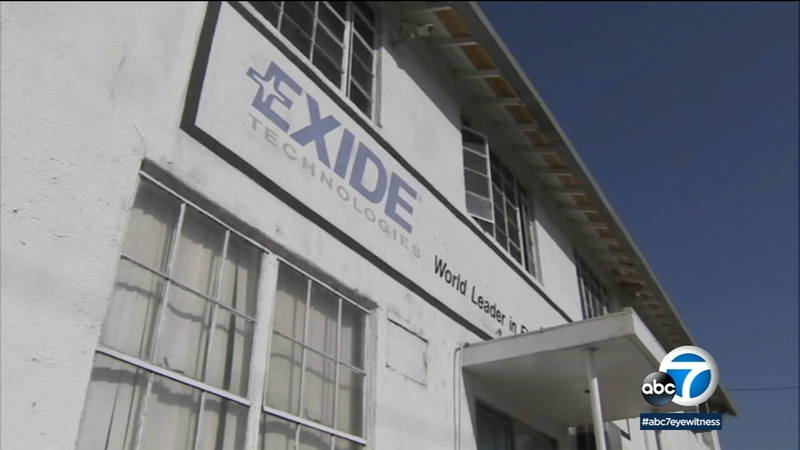 VERNON, Calif. (KABC) -- A decades-long battle to clean up contamination in Vernon and surrounding communities is getting a new boost from Gov. Gavin Newsom's proposed budget.

Neighbors and activists have been fighting for years to clean up contamination at the Exide Technologies battery recycling plant in Vernon.

Newsom has included $454 million in his state budget proposal to clean up the polluted homes and neighborhoods.

"No one should have to slowly see their family members dying in excruciating pain," said Boyle Heights resident and activist Terry Gonzalez-Cano. "Or their children not be able to have children, or not even be able to live long enough to see them graduate. We need this money."

Gonzalez-Cano lost both of her parents, several neighbors and friends to illnesses caused by toxic levels of lead contamination linked to the plant.

More than 10,000 homes in the communities of Bell, Boyle Heights, East Los Angeles and Vernon were polluted by the former Exide battery recycling facility.

"This is our very own Flint, Michigan," said Los Angeles City Councilman Kevin de Leon, referring to the water contamination scandal in that city. "You don't have to go to the Midwest to find lead poisoning and contamination. It's in our own very backyard."

Local leaders say Exide Technologies' corporate greed allowed the pollution to materialize for years. And they blame the state's Department of Toxic Substances and Control for failing to take action.

Last fall a judge approved Exide's bankruptcy settlement, allowing the company to abandon the plant and leaving taxpayers responsible for footing the cleanup.