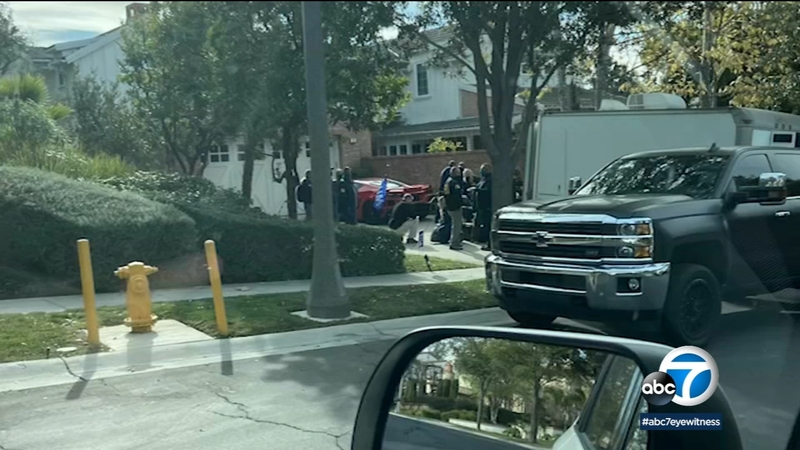 LADERA RANCH, Calif. (KABC) -- The FBI raided the Ladera Ranch homes of two men who held a rally near the U.S. Capitol on the day before the deadly insurrection last month.

The FBI says federal agents executed search warrants last week at the two properties in Orange County. The agency added that the homeowners, Russell Taylor and Alan Hostetter, have not been charged with a crime.

Both men run the American Phoenix Project, which co-sponsored a pro-Donald Trump rally near the Supreme Court on Jan. 5.

Court documents related to the search warrants are still under seal.

Meanwhile, the Department of Justice announced Wednesday that it has exceeded more than 180 federal criminal cases against rioters and others connected to the siege at the Capitol.

Earlier this month, federal agents swarmed the Huntington Beach home of a man who was then arrested for his alleged role in the attack on Jan. 6. Mark Simon faces two federal charges, according to an unsealed complaint filed in U.S. District Court for the Central District of California: entering restricted buildings or grounds and unlawful activities on Capitol grounds.

Federal agents swarmed the Huntington Beach home of a man who was then arrested for his alleged role in the riot at the U.S. Capitol earlier this month.