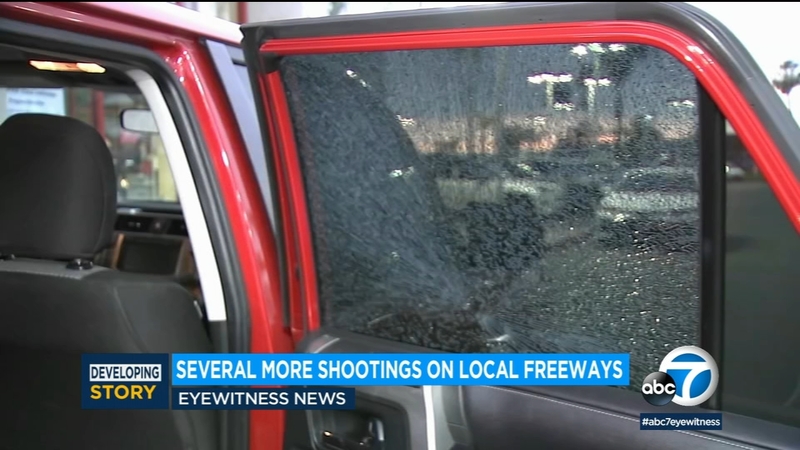 ANAHEIM, Calif. (KABC) -- Authorities are investigating another instance of a car's windows being shot on a Southern California freeway after a string of similar incidents in recent weeks.

The latest incident happened Monday around 5 p.m. on the southbound 57 Freeway transition to the 91 Freeway in Anaheim, according to the California Highway Patrol.

CHP says the driver heard a boom and then a crackling of the window. When the driver pulled over, she noticed the back passenger side window of her Toyota 4Runner was shattered.

CHP says a BB was fired in this case, but it didn't pierce through the window.

Three other similar incidents were reported Monday in Santa Fe Springs, Westminster and Santa Ana, according to CHP.

"Kind of scary, you know, we commute to work every day and drop off the kids to the daycare," said Fullerton resident Misael Teo. "You kinda worry, what if it's you on the freeway at that time? It's actually a local freeway where we commute daily."

CHP is still searching for the suspect or suspects.