"I was afraid for my future and the future of my family, and I was left in the dark when turned over to ICE by the very deputies who swore to protect our community."
KABC
By Jessica De Nova 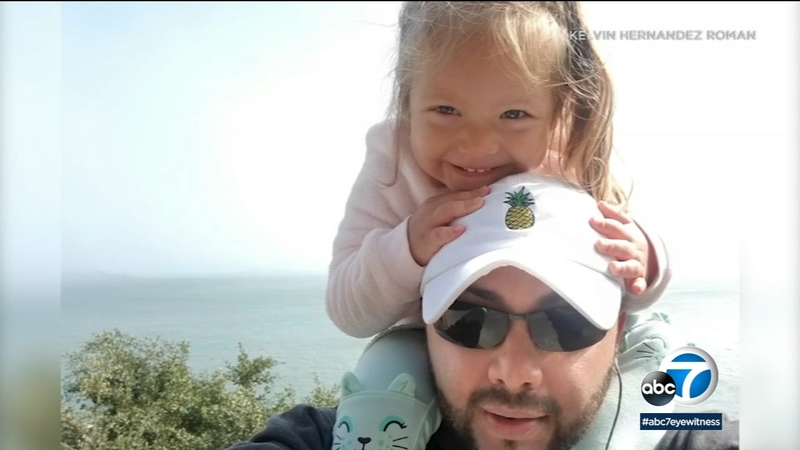 GARDEN GROVE, Calif. (KABC) -- A Garden Grove father was unable to witness the birth of his youngest daughter while in detention by U.S. Immigration and Customs Enforcement in Adelanto. Now, a lawsuit has been filed on his behalf against the Orange County Sheriff's department, alleging that deputies detained him illegally for ICE.

After a nine-month detainment at the Adelanto ICE Processing Center, Kelvin Hernandez Roman is now back home in O.C., alongside his wife and three children who are all U.S. citizens.

"I was afraid for my future and the future of my family, and I was left in the dark when turned over to ICE by the very deputies who swore to protect our community," Hernandez Roman said.

A young man is fighting for his life at Children's Hospital of Los Angeles, possibly with just weeks to live due to cancer. His parents in Mexico have fought for the right to see him, even getting help from a U.S. senator.

Hernandez Roman is a national of El Salvador, living undocumented in the U.S.

He's suing the Orange County Sheriff's Department, accusing deputies of holding him longer than necessary in 2019 so ICE agents could pick him up and also accusing them of not notifying him of the plan.

Monica Ramirez Almadani with the UCI Immigrant Rights Clinic represents Hernandez Roman and filed the lawsuit on his behalf Monday.

"The California Values Act, this is SB 54, clearly prohibits local law enforcement from holding onto somebody solely to transfer them to ICE," Ramirez Almadani said.

According to court documents, on the morning of Saturday, July 13, 2019, a Tustin Police Department officer pulled over Hernandez Roman because his vehicle allegedly had tinted windows. Hernandez Roman was arrested. Among his alleged offenses was being in possession of a stun gun. Hernandez Roman was booked into the O.C. Jail that afternoon, but never appeared before a judge for his arraignment.

A woman is captured on video confronting a landscaper and demanding to see his "papers" while he mows a lawn at a housing complex in Rancho Mirage.

Eyewitness News obtained copies of two faxes sent to the jail by the O.C. District Attorney's Office nearly 48 hours after the arrest of Hernandez Roman. They notified the Sheriff's Department no case would be filed against Hernandez Roman at that time, but instead of processing his release, Ramirez Almadani said more than 16 hours passed and Hernandez was turned over to ICE agents Wednesday, after midnight.

Court records out of L.A. County show Hernandez Roman has a 2016 conviction for false imprisonment, making him eligible for transfer to ICE under the California Values Act, but Ramirez Almadani said the window for that move had expired.

"At this point, there were no criminal charges against Kelvin and so he should have been released earlier in the day and at a minimum should have been released that night with the other individuals who were being released, but instead he was held, put in a holding cell and had to wait several hours for ICE to pick him up which is clearly prohibited by SB 54. If ICE doesn't show up on time, then that person must be released and ICE here did not show up to pick him up earlier in the day," Ramirez Almadani explained.

The public affairs and community engagement director with the O.C. Sheriff's Department provided Eyewitness News with the following statement:

We deny these embellished allegations. The true facts will be presented in court, and we will rely on the Court to determine the truth. As such, we will not litigate this case in the media.

Hernandez Roman said he was taking legal action so his experience doesn't become another family's reality.

"In bringing this case, my family and I, we hope that no more lives will be torn apart by the inhumane, unjust and illegal policies of the Orange County Sheriff's Department," Hernandez Roman said.

Hernandez Roman was released from the Adelanto ICE Processing Center in April, following a pending class action lawsuit involving the American Civil Liberties Union, which demands a reduction in the number of detainees during the COVID-19 pandemic.

Waitress Gennica Cochran, who stopped Solid8 CEO Michael Lofthouse's racist rant at Carmel Valley restaurant, spoke exclusively to ABC7 News on "what needed to be done" and is now urging others to do the same.