Gas reaching $8 per gallon in some parts of LA? Drivers turn to other forms of transit

"I think everybody should get a bike and forget these high gas prices," said one resident.
KABC
By Leo Stallworth 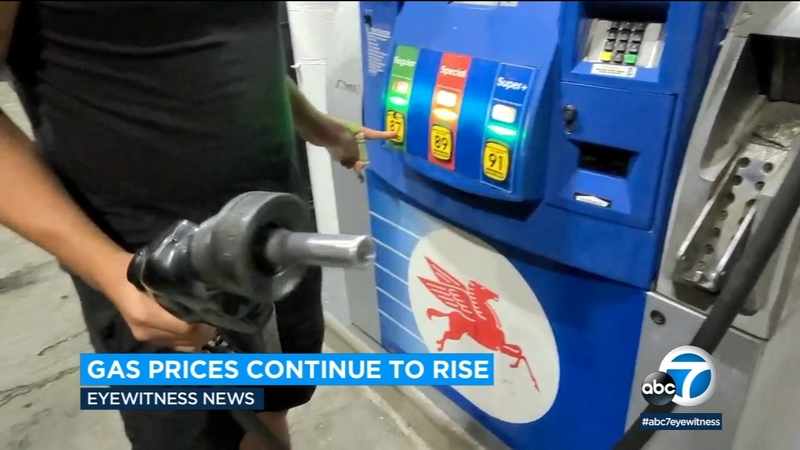 Gas reaching $8 per gallon? Drivers turn to other forms of transit

LOS ANGELES (KABC) -- Gas prices in downtown Los Angeles are set at more than $8 per gallon. Throughout Southern California, pump prices are well over $6 per gallon, a sickening reality for those who drive for a living.

Analysts are attributing the record prices to a variety of issues, including the European Union imposing an oil embargo on Russia.

It's all part of a set of circumstances that has most drivers frustrated and leaders taking action.

"I was working as a delivery guy and I paid my own gas," Untalan said. "It's like basically my income, I'm just taking home a quarter of it because the rest goes to gas. I work every day so I do $70 every day. I drive 5,000 miles a month."

If passed, it would suspend the federal gas tax through the end of next year.

It would also tax the profits made by oil companies. That could result in lowering gas prices by about 18 cents a gallon.

Joe Barragan, an L.A.-area resident, said he's so fed up with record high prices at the pump, he went out and bought a bicycle Wednesday morning for $75, about the price of a full tank of gas these days.

"I think everybody should get a bike and forget these high gas prices," Barragan said.