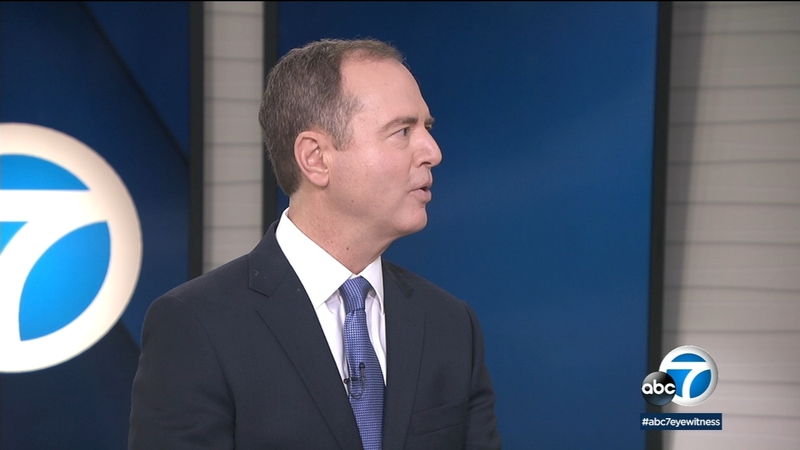 Gas prices continue shocking drivers at the pump. Many drivers Eyewitness News spoke to said they often have to choose between buying groceries and filling up their gas tank.

"They are really outrageous, but I still got to do what I got to do," Precilla Magana said. "So I just try not to look at the number.

Auto travel is even busier this year than it was last year, making those freeways packed and getting home an expensive journey.

If passed, it suspends the federal gas tax through the end of 2023.

If implemented now, that would equate to an 18.3 cent drop per gallon at the pump.

Schiff says big oil can handle it, as their profits have sky rocketed.

"300% increase in profits, so don't let anyone tell you this is just the supply chain operating or even the just war in Ukraine," Schiff said. "This is also gouging, [profiteering] excess profit and exploitation by the oil industry at the expense of American consumers."

This tax money normally goes toward infrastructure like highway construction and mass transit projects across the nation.

"So to ensure the federal highway trust fund maintains its robust funding, this bill would make big oil cover those costs through a new windfall profits tax," Schiff said.

Raul Rodriguez, a senior citizen, rides his bike to save money. He said he also has to cut back on groceries.

He's encouraged by the introduction of this legislation in Congress.

"Stop being greedy," Rodriguez said. "The greed has taken over this country. Think about the people that are living on fixed incomes, think about the families and be more generous."