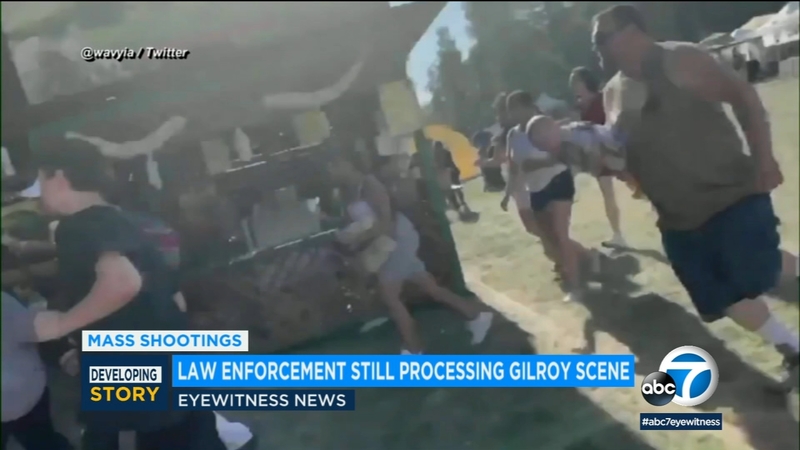 GILROY, Calif. (KABC) -- Authorities say they are still collecting evidence from the scene of a shooting at the Gilroy Garlic Festival last week that left three people dead and at least 16 others injured.

One reason is because police have had difficulty finding all the bullets while combing through acres of land.

The festival happened in a wooded area and a bullet from an assault rifle can travel two miles.

The 19-year-old gunman who opened fire was "kind of a loner" and much of his life was shrouded in mystery, an FBI official said as investigators searched for a motive.

Police believe Santino William Legan fired randomly after cutting through a fence to get into the annual Northern California food festival. Officers patrolling the popular event responded within a minute and killed him.