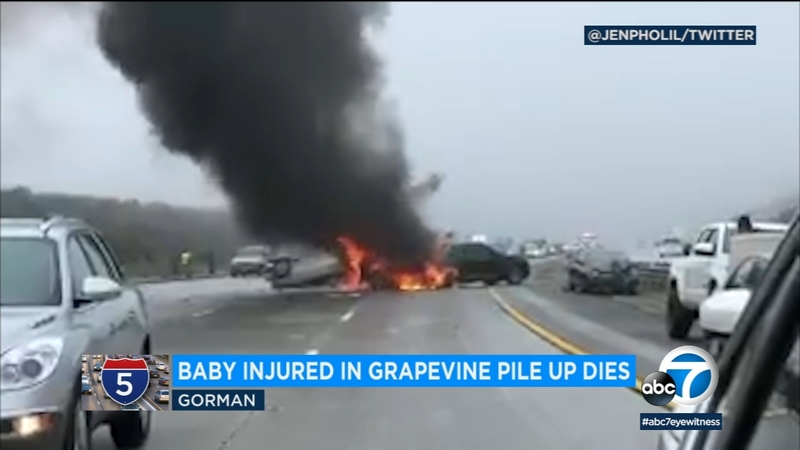 GORMAN, Calif. (KABC) -- A child who was injured in a major pileup in the Grapevine a week ago has died.

The 21-month-old was one of dozens of people who were hurt in a series of crashes as thick fog enveloped the 5 Freeway near Gorman on the afternoon of March 23.

The California Highway Patrol said the toddler died on Wednesday.

The CHP says the child was properly strapped into a car seat at the time of the crash.

As thick fog blanketed the area accompanied by rain, roughly 25 to 30 vehicles were involved in crashes, with 30 patients treated for mild to moderate injuries. The child was airlifted to a hospital in critical condition.

A horse inside a trailer died at the scene. Two other horses survived.