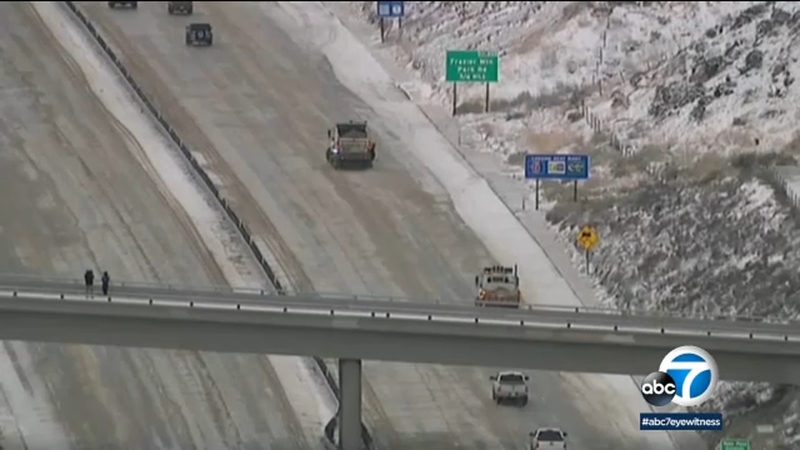 CASTAIC, Calif. (KABC) -- The 5 Freeway through the Grapevine remained open Thursday morning after shutting down for several hours Wednesday due to snow and icy conditions. But an incoming storm -- the largest in a series of systems that have brought rain, snow and even hail to the region -- could once again close the major thoroughfare.

The heavy storm bearing down on the Southland is expected to arrive in force Thursday, bringing what forecasters are calling an "atmospheric river" of moisture that will persist into Friday.

Rain, snow and strong winds could cause dangerous driving conditions through the Grapevine.

Winds in mountain areas will blow at 20 to 30 mph, with gusts ranging up to 50 mph. A wind advisory will be in effect for Los Angeles County mountains until 3 p.m. Thursday. Forecasters said the strongest winds are likely in the San Gabriel Peaks and the Grapevine area, making "driving difficult, especially for high-profile vehicles.''

The California Highway Patrol warned the freeway could be closed off and on for the next few days.

"The next couple of days, just pay attention to the weather reports and be patient and come up with an alternate plan," said CHP Sgt. KJ Pack.