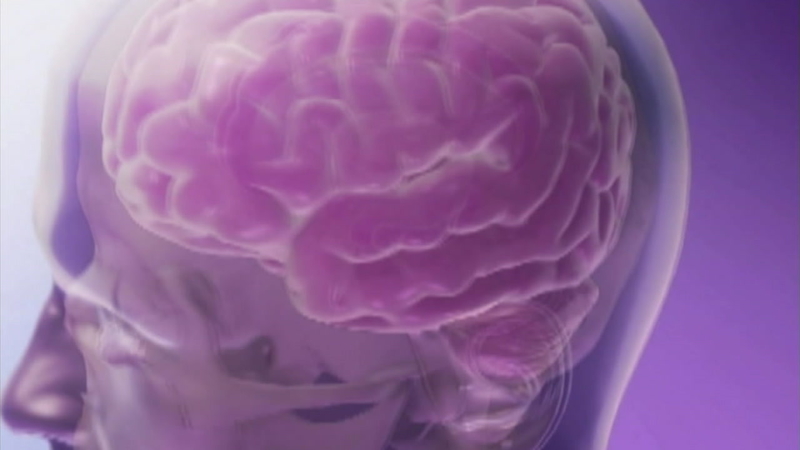 Contrary to what you might think, researchers tell us the brain never stops growing.

A new report in the journal Cell Stem Cell reveals there is a trick to it.

She said she loves to stay active and learn new things.

A recent Columbia University study reveals Whittaker may be on the right brain track.

For the first time, researchers examined the brain tissue of healthy older men and women and found they can generate just as many new brain cells as younger people.

And a key place where these newly formed neurons were found was in the hippocampus, a brain structure important for memory, cognition and emotion.

Huntington Hospital Neurologist Dr. Yafa Minazad said brain cells do die off as we age but, "There is an opportunity for the brain cells to regenerate unlike what we used to think," she said.

Minazad said the crucial part isn't just the neurons themselves, but the blood vessels that feed them.

"We really want to focus on circulation," she said, "This is something that we have control over."

"If there was better blood flow to those areas of the brain, there was a better chance of cell regeneration." she said.

She believes if you don't use it, you lose it.

The next step for researchers is to find out how hormones and other cellular pathways impact the aging brain.
Report a correction or typo
Related topics:
health & fitnesshealthcircle of healthseniorsmedical researchsenior citizensaging
Copyright © 2021 KABC-TV. All Rights Reserved.
CIRCLE OF HEALTH
Many SoCal hospital workers haven't gotten the COVID-19 vaccine
How to convince someone to get the COVID-19 vaccine
What to know about the Epsilon variant and its risks
Without masks, even the fully-vaccinated can spread Delta variant
TOP STORIES
LA County issues order requiring all county employees to be vaccinated
LA to consider requiring vaccination to enter public indoor spaces
Corona shooting suspect blames voices in his head
Driver kills 91-year-old woman in South LA, flees scene
10 killed when van crashed into pole near border, DPS says
Child under 12 among new COVID deaths reported in LA County
SoCal congressman introduces legislation for 4-day workweek
Show More
Mexico sues U.S. gunmakers, blaming them for bloodshed
Man arrested for planting Molotov cocktails at Metro station
Nursing home to workers: Get vaccine or lose your job
Race track construction begins for Acura Grand Prix
Pomona Fairplex sees sharp increase in migrant children
More TOP STORIES News