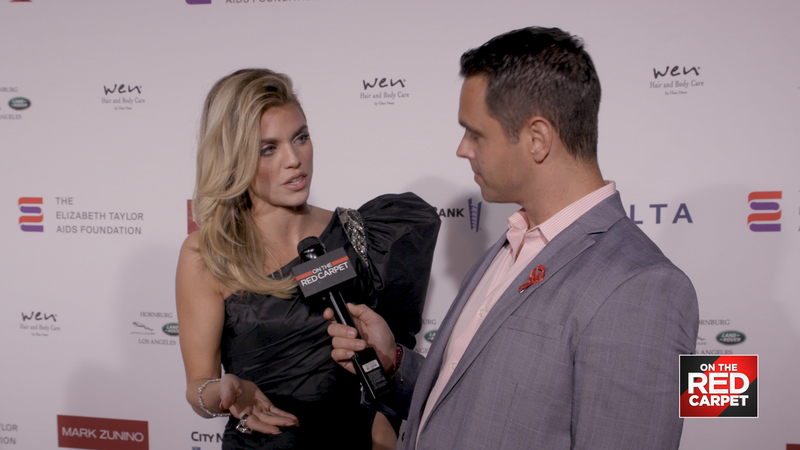 Celebrities speak out about HIV/AIDS

LOS ANGELES -- Legendary stars attended a reception for the Elizabeth Taylor AIDS Foundation to raise money and speak out about the stigma surrounding HIV and AIDS. Continuing Taylor's legacy, these members of the entertainment industry are using their platforms to mobilize support for HIV/AIDS research.

In light of World AIDS Day on December 1, On The Red Carpet host and HIV activist Karl Schmid interviewed the celebrity attendees about why HIV/AIDS activism is still so important.

"It matters because it happens to human beings who need human support," AnnaLynne McCord stated.

As the president of anti-trafficking organization Together1Heart, the former "90210" actress is an outspoken activist regarding sexual violence and sexually transmitted diseases. Her organization fights to build better futures for young girls who are victims of human trafficking.

Actress Joan Collins was also in attendance and urged people to still support and donate to HIV/AIDS causes because "it's the biggest disease between women of 12 and 50."

Collins and actor George Hamilton both reminisced about how far they've come since they began their fight against HIV/AIDS in the 1980s and, particularly, the AIDS-related death of their "Dynasty" co-star Rock Hudson. Hollywood was riddled with fear and actors were instructed not to come in contact with those infected for fear of contamination.

Scientists have since made great strides in producing medication to treat those who are HIV-positive. If treated correctly, HIV can remain undetectable and will not be transmissible by physical contact.

Longtime AIDS activist and actress Morgan Fairchild said, "Back when I started it was an automatic death sentence, so I'm very happy to see the work fulfilled."

Hamilton also praised the Elizabeth Taylor AIDS Foundation for its contributions and said, "It's meant a lot to us because we had lost a lot of people in this town that were all friends of ours."

Although HIV/AIDS research has gone a long way in providing solutions for those affected, the stigma and misinformation surrounding the diseases is still prevalent.

McCord is no stranger to speaking out and said, "It is our responsibility as artists, who thankfully are given a platform, to challenge society." While there are many possible ways of spreading information, "the power of short-form storytelling I think is a way we can actually start to transform this topic," McCord suggested.

"I just would like everybody to avoid the stigma [and] look at it as a disease....a chronic, treatable disease," Fairchild said.