13 killed, others injured in crash involving big rig and SUV in Imperial County 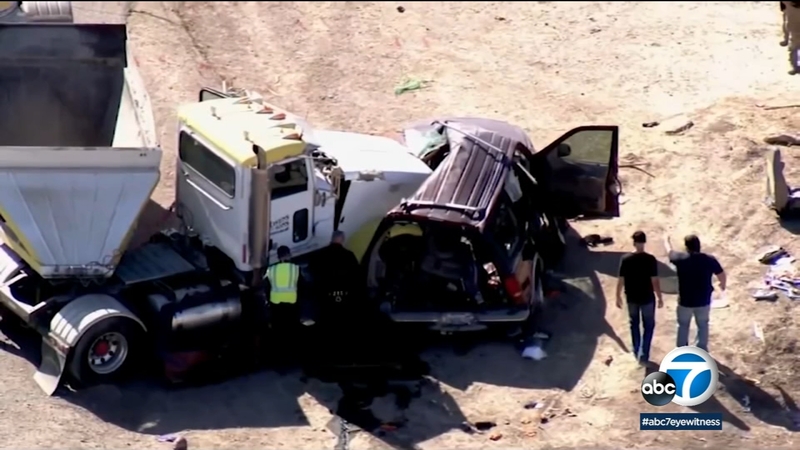 HOLTVILLE, Calif. (KABC) -- Thirteen people were killed and several others were seriously injured after an SUV carrying 25 people collided with a big rig in Imperial County Tuesday morning, according to officials.

The California Highway Patrol said over two dozen people were in a maroon 1997 Ford Expedition, which would typically seat eight to nine people legally, that collided with an empty tractor-trailer on Highway 115 at Norrish Road in Holtville -- located about 125 miles east of San Diego and about 15 miles north of the Mexico border.

Officials said the SUV had interior seats removed, so that there were only seats for the driver and front passenger, and no seats or seat belts available for the other occupants.

Judy Cruz, director of El Centro Regional Medical Center's emergency department, initially said 14 people died at the scene and another died after arriving. However, authorities later said 12 occupants including the driver succumbed to injuries on the scene. One other person was transported to an area hospital where they also succumbed to their injuries.