Help for the homeless: 10 fully-equipped trailers set up to house homeless families in South LA 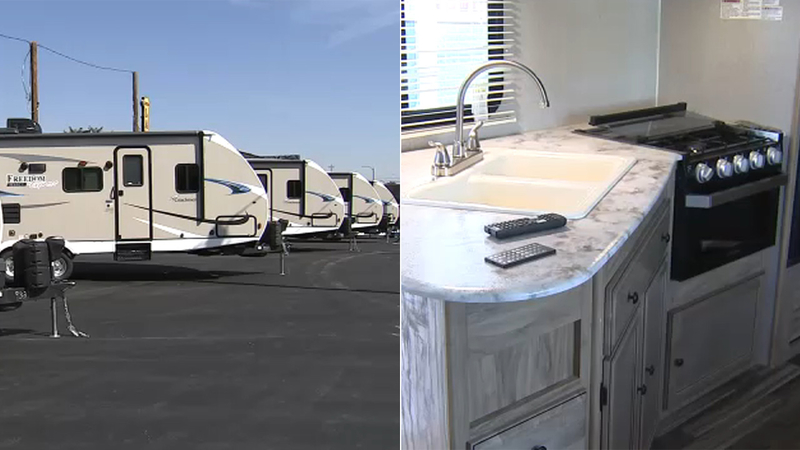 SOUTH LOS ANGELES (KABC) -- In record time, a unique partnership to help the homeless has delivered fully-equipped trailers for 10 families in South Los Angeles, and more are on the way.

The project for transitional housing is called Safe Landing, and it was pulled together in three weeks starting with an executive order.

Gov. Gavin Newsom released the trailers used by first responders in the Camp Fire and sent them to communities hard hit in the homeless crisis. Government officials from the state, county and cities collaborated with local businesses and non-profits to move swiftly.

Ten trailers are now lined up in what had been a city-owned parking lot on the 8500 block of South Broadway.

By Monday, mothers with children will be moving in.

"Now they have a hope and they will have a path forward and it's just an amazing thing," says Va Lecia Adams Kellum, president of the St. Joseph's Center, which will supply the new neighbors with support services as they seek permanent housing.

"This is about restoring dignity. This is about putting our arms around 10 families saying, 'you matter, you are worth it,'" says L.A. County Supervisor Mark-Ridley Thomas.

Public works crews have hooked up sewage service and utilities for each trailer. All are equipped with a kitchen, bathroom, beds for as many as six people, flat screen TV and WiFi.