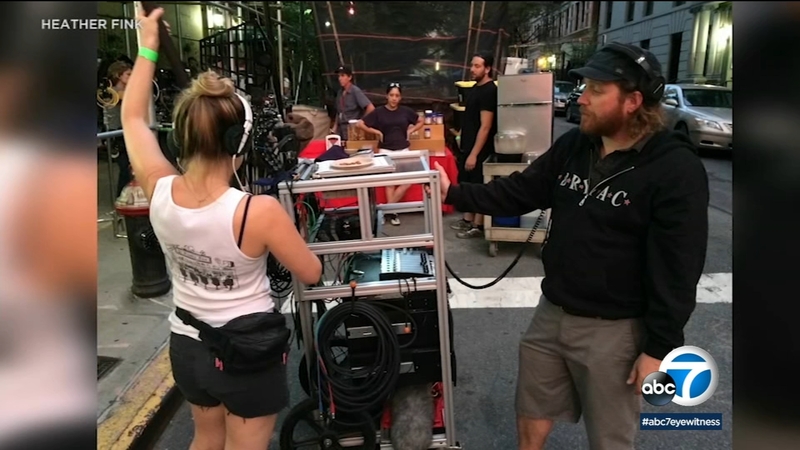 BURBANK, Calif. (KABC) -- Local businesses are breathing a sigh of relief after the union for many Hollywood production workers called off a strike that was set for Monday.

Around 40,000 workers with the International Alliance of Theatrical Stage Employees are expected to return to work.

That's good news not just for the industry, but for local businesses that count on Hollywood productions and their employees.

"In Burbank you're surrounded by the studios and we have a lot of behind-the-scenes people, producers, drivers all kinds of people that come in and we depend on them during the day," said Karen Ross, owner of Tallyrand restaurant.

IATSE leaders reached a tentative three-year contract agreement with representatives of the Alliance of Motion Picture and Television Producers.

The deal addresses issues like reasonable rest time, meal breaks and wage increases. It also has a 54-hour weekend and 10-hour turnaround time between shifts for all workers on all productions.

The union's tentative agreement not only affects movies and TV shows but also streaming platforms.

"A lot of the streaming shows were shot under the old movie-of-the-week contract, so they were really discounted. A big budget show for Netflix - the workers were getting paid less than they were for a movie or for a TV show, so now it's going to be evening that field a bit," said David Robb, labor editor at Deadline Hollywood.

Rank-and-file members of the union still have to vote online to ratify the deal. Some may not be ready to do that.

"There is a huge reaction from the membership that's very negative and they're not happy with the contract, so it's possible a strike may happen in time but just not yet," said Heather Fink, an IATSE member and boom operator.

After days of marathon negotiations, representatives from the International Alliance of Theatrical Stage Employees reached the three-year contract agreement before a Monday strike deadline.

Fink says some do not agree with the 3% wage increase or the 10-hour rest periods between shifts included in the new agreement. Some want more than that.

One industry analyst says he thinks the deal will get done.

"At this moment there's a lot of work," said David Poland, a columnist for "The Hot Button."

"COVID obviously slowed things down for a long period of time, where a lot of people didn't work for a lot. And the likelihood of the union saying 'No this is not enough. Go back and get 10% better' or something like that is very low."

Fink attended a meeting already to go over what the terms of the new agreement mean, but says that hasn't happened for all members yet.

"Without the details it's really hard for us to absorb what has just been negotiated," said Fink.