No large-scale ICE raids reported in SoCal, across US; immigrant communities remain on high alert 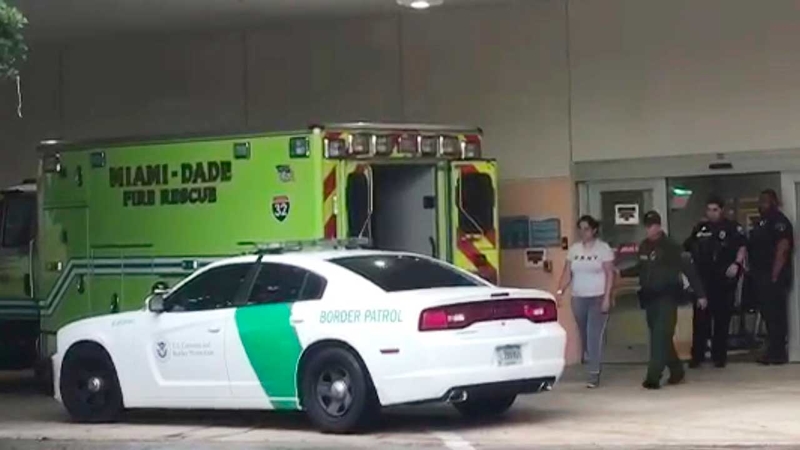 Immigration lawyer urges those facing deportation to know their rights

PASADENA, Calif. (KABC) -- The massive raids by federal immigration officers planned for this past weekend across the country, including in Los Angeles, appear to have instead been a handful of smaller round-ups.

President Donald Trump said the raids would start Sunday and continue for an indefinite amount of time - leaving the possibility for the large-scale raids to have been delayed.

U.S. Immigration and Customs Enforcement agents were expected to target an estimated 2,000 undocumented immigrants who had previously been ordered to leave the country. The operation was planned for undocumented immigrants with final removal orders, who will eventually be deported, a law enforcement official briefed on the matter told ABC News. Significantly, the same official told ABC News, the operation will not arrest so-called collaterals, those people who happen to be with the targeted individuals.

The enforcement efforts were expected in several cities, including Atlanta, Baltimore, Chicago, Denver, Miami, New York and San Francisco. Due to Tropical Storm Barry making landfall over the weekend, Houston and New Orleans, which were originally targeted in the raids, will not see immigration enforcement actions, officials said.

United University Church near USC, along with about a dozen other places of worship in Los Angeles County, are providing a sanctuary for undocumented immigrants.

"We are members of the sacred resistance - and to simply say that we believe that people are not illegal and that we need to have a way of providing for people who are fleeing violence, who are fleeing when they cannot tend to their families" Rev. Sunny Kang said.

California is a sanctuary state, prohibiting local and state agencies from cooperating with ICE regarding undocumented immigrants who have committed misdemeanors.
Last month, L.A. Mayor Eric Garcetti said the city would not cooperate with the raids.

Immigration attorney Shan Potts said this current deportation sweep is targeting immigrants at their homes, a change from enforcement efforts carried out at workplaces years ago.

"These are going into communities, raiding people's homes, knocking on doors, sweeping homes and just arresting anyone in those homes," he said. "What's happening is that in the effort to go out and enforce these removal orders, whole communities are being assaulted. Whole families are being targeted."

Immigration activists said by Sunday evening, they had not heard of any significant raids. Still, they warned the immigrant community to remain prepared as they could begin Monday as people are returning to workplaces.

Activists were also working to make sure immigrants understand their rights.

"Based on these raids, when an ICE agent knocks on their door, they should know they have a right not to open the door and to ask to see a judicial warrant, meaning a warrant that's actually signed by a judge," said Ana Figueroa, district chief of staff for Rep. Lucille Roybal-Allard.