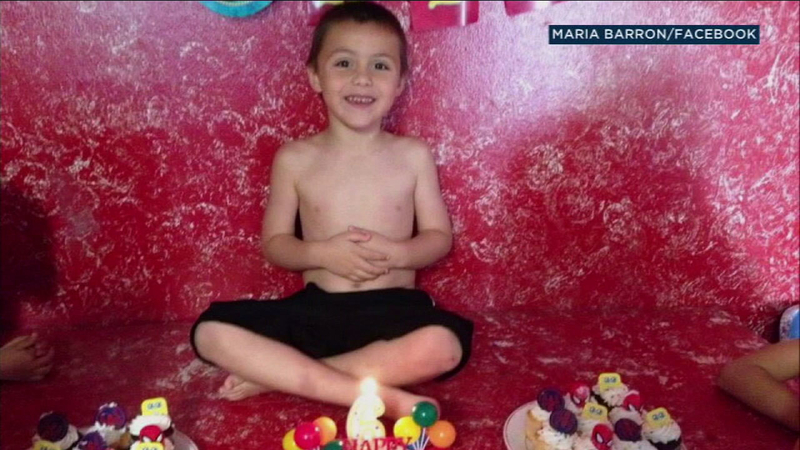 LANCASTER, Calif. (KABC) -- New allegations were added against a mother and her boyfriend accused of murdering her 10-year-old son in Lancaster, making the couple eligible for the death penalty.

The new special circumstance allegations against Heather Barron and her boyfriend Kareem Leiva states the murder of Anthony Avalos was intentional and involved the infliction of torture.

MORE: Lancaster boy's death may have been motivated by homophobia, officials say

Family members of 10 year old Lancaster boy Anthony Avalos speak out after a prosecutor stiffens the charges against the boy’s mother and boyfriend who’s accused of murdering the child. The case could now be eligible for the death penalty. pic.twitter.com/xeCQzgmM3z

Barron and Leiva appeared in court Wednesday and pleaded not guilty to the amended charges. The two are slated to return to court on Nov. 27 for a preliminary hearing, and were being held without bail in the interim.

"They might get the death penalty, but that's not going to bring Anthony back," said the boy's aunt, Maria Barron, outside the hearing Wednesday. "It's never going to give me closure. There's always going to be this emptiness in my heart."

On June 20, Los Angeles County sheriff's deputies responded to a home in the 1100 block of East Avenue K, where Anthony was found unresponsive. The boy was transported to a hospital, where he died the next day.

Barron and Leiva are accused of torturing Anthony in the days leading up to his death. In addition, authorities said Anthony's sexuality may have been a motivating factor in his death.