Knott's Berry Farm to implement chaperone policy in after brawl involving teens. Here's what to know

In the aftermath of a brawl among teenagers over the weekend that prompted the park to close early, Knott's Berry Farm has announced a new "chaperone policy."

BUENA PARK, Calif. (CNS) -- In the aftermath of a brawl among teenagers over the weekend that prompted the park to close early, Knott's Berry Farm has announced a "chaperone policy" that will require all guests aged 17 or under to be accompanied by a 21-or-older chaperone throughout their visit to the park on Fridays and Saturdays.

Any teens found unaccompanied in the park on Fridays or Saturdays "will be subject to ejection" under the policy, which will take effect Friday.

The policy, announced in a statement Wednesday, follows an outbreak of violence among unruly teens around 7:30 p.m. Saturday. Police said they initially responded to the park on reports of shots possibly being fired, but investigators determined no gunfire had occurred.

The disturbance was attributed by the park to "unruly behavior and altercations involving a number of teenagers."

Video circulated on social media showed a melee of brawling teens that sent many park visitors scrambling for safety. Two people were taken to hospitals for treatment.

The disturbance prompted the park to close three hours early.

Knott's announced the chaperone policy on its website, stating, "For decades, Knott's Berry Farm has been a place where families and friends come together to enjoy our one-of-a-kind park. Millions of guests have counted on us for their daily dose of wholesome family fun, and we're committed to keeping that promise going forward."

Under the policy, all teens aged 17 or less must be accompanied by a chaperone with a valid ID confirming their age of 21 or older on Fridays and Saturdays. One chaperone can accompany as many as three teens, but the chaperone must "remain with their party at all times during their visit to the park and be available by phone throughout their stay."

The policy will be in effect "until further notice." 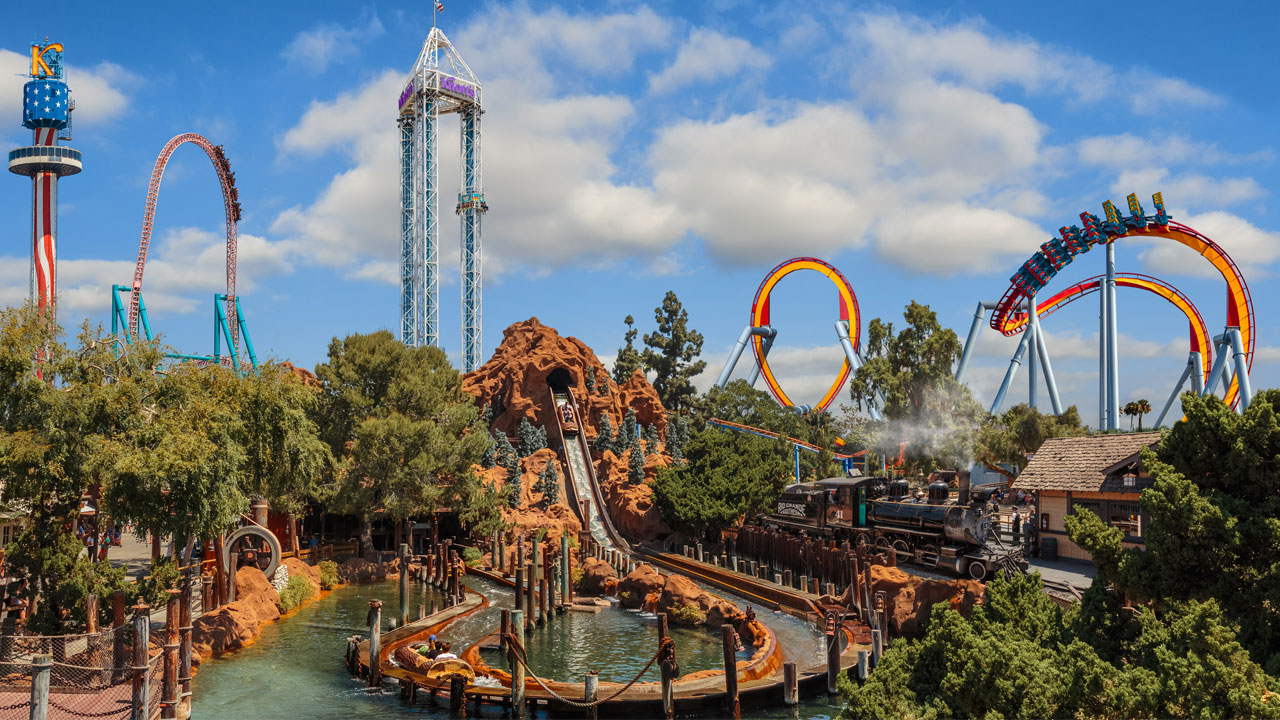 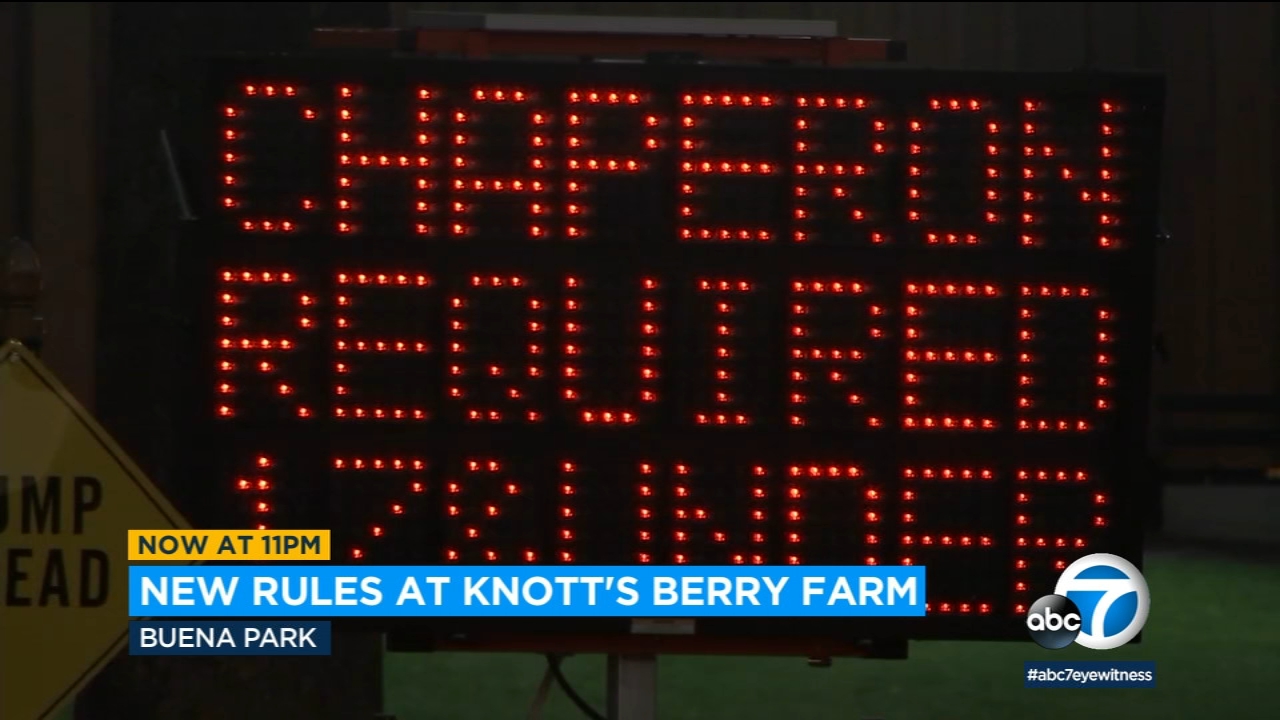 Knott's Berry Farm shut down after fights among teens break out: Park 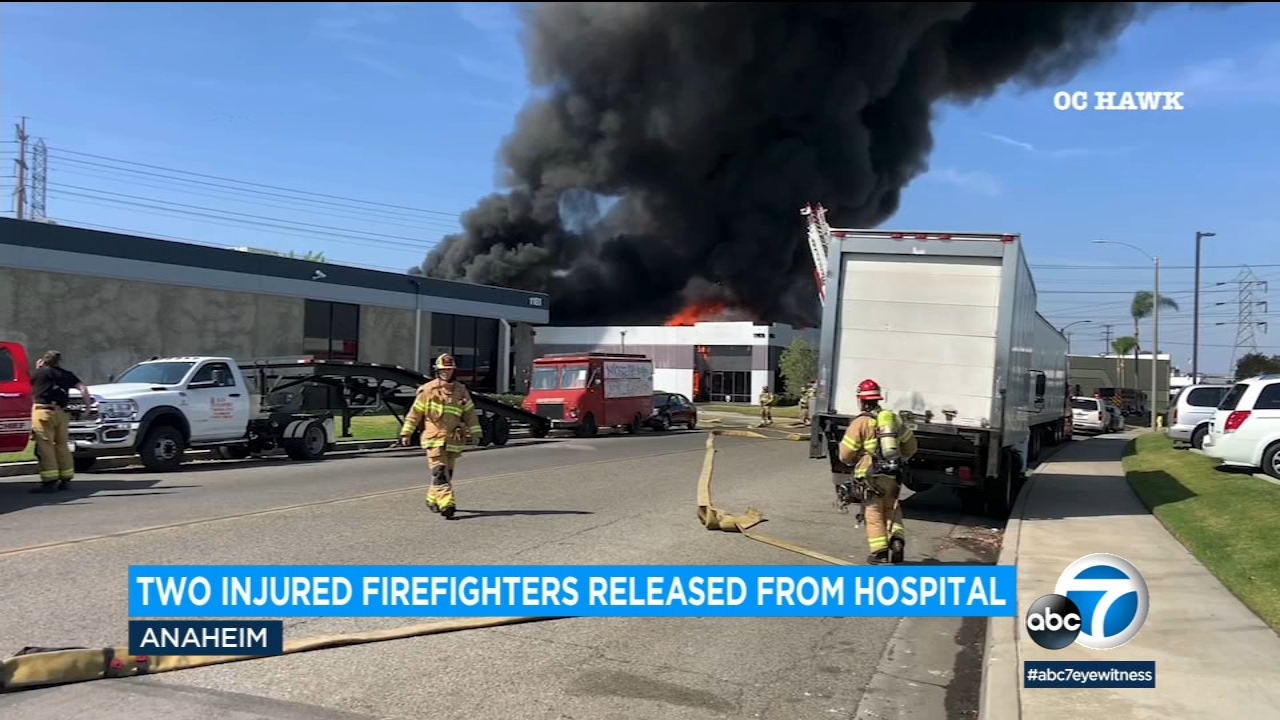