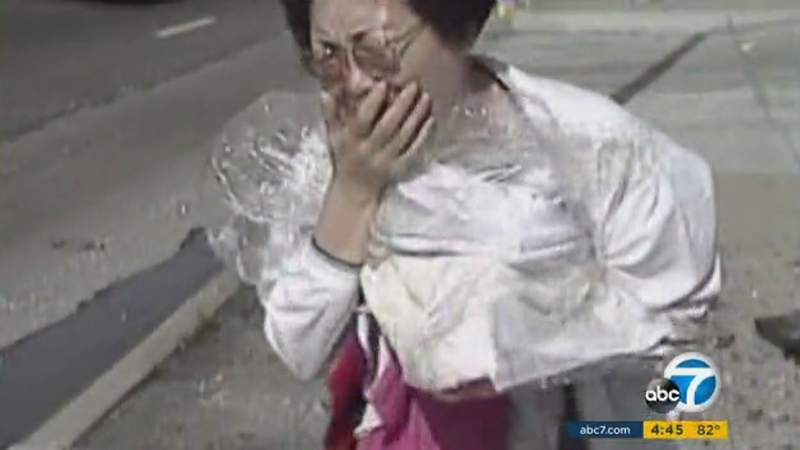 KOREATOWN, LOS ANGELES (KABC) -- The images are iconic. They are also reviled by many in the Korean-American community because the cameras didn't portray the turmoil that gave rise to what they call "saigu." Their version of 9/11.

The effect of the 1992 Los Angeles riots was like post-traumatic stress disorder on a community-wide scale.

It took significant soul-searching to reach across the seismic split.

Sonny Kang, then a college student who joined a self-styled militia, was overcome when he heard the pleas from respected elders pouring from Korean radio.

"I know I was afraid," said Kang. "During the riots, everyone thought they were the good guy."

Kang translated the frantic archived audio of a woman's voice speaking in Korean from an iPad.

"She is saying, 'Help me, help me. There is someone smashing the windows, trying to get in.'"

The social order seemed to be unravelling on live television.

"It isn't a Hollywood action shot. This is an actual life that we are talking about. We got shot at - windows, car windows. Fly by bullets come by. They are shooting at us," said Dr. Kee Wan Ha, a local supermarket owner.

Ha was steps from a worker struck by a fatal bullet. "Somehow the line of fire caught the security guard and he lie there," Ha said.

"No police officer, no fire department, especially in my store," Ha said. He still sheds tears when he thinks about the ordeal.

Despair could only be conquered by healing through multi-racial church and community groups. In mediation and leadership workshops, they found the power to listen and to learn.

Today Sonny Kang is a father, a banker and a volunteer with Korean churches for community development. For Kang, there is no justice unless it exists for all.

"Times have changed and people have to change," said Kang.