Over the weekend, authorities reduced the mandatory evacuation zone from 900 homes to 71 homes.
KABC 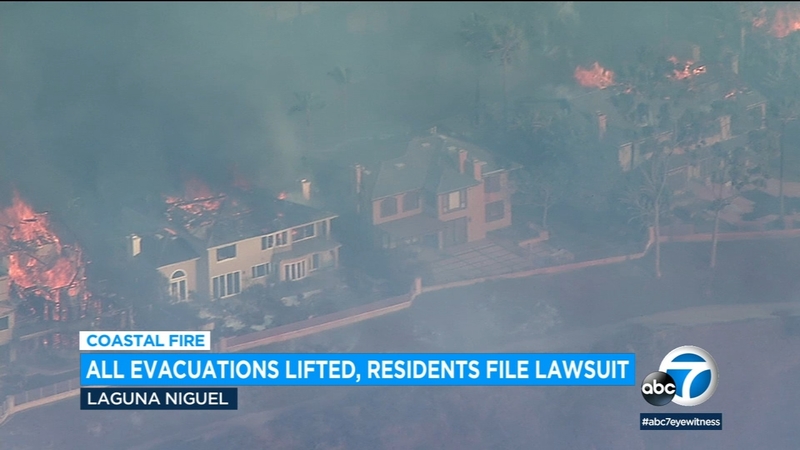 LAGUNA NIGUEL, Calif. (KABC) -- All mandatory evacuation orders issued due to the massive brush fire in Laguna Niguel that destroyed dozens of homes have been lifted.

According to an update issued by city officials Wednesday afternoon, people living in the remaining areas that were most recently included in the mandatory evacuation zone can return to their homes.

The 200-acre fire devastated an upscale hilltop neighborhood in Laguna Niguel was declared 100% contained on Tuesday.

Over the weekend, authorities reduced the mandatory evacuation zone from 900 homes to 71 homes.

The fire, which was known as the Coastal Fire, destroyed 20 homes and damaged 11 others since breaking out Wednesday afternoon, according to the Orange County Fire Agency.

Meanwhile, a lawsuit that was filed on Tuesday against Southern California Edison alleges the company was liable for the brush fire.

While the cause of the fire is still under investigation, the Newport Beach law firm of Bridgford, Gleason and Artinian filed suit on behalf of the victims who had their homes burned down, as well as on behalf of numerous evacuees.

The lawsuit claims that SCE's failure to properly clear brush and maintain its equipment "created the perfect storm for disaster" that sparked the devastating blaze.