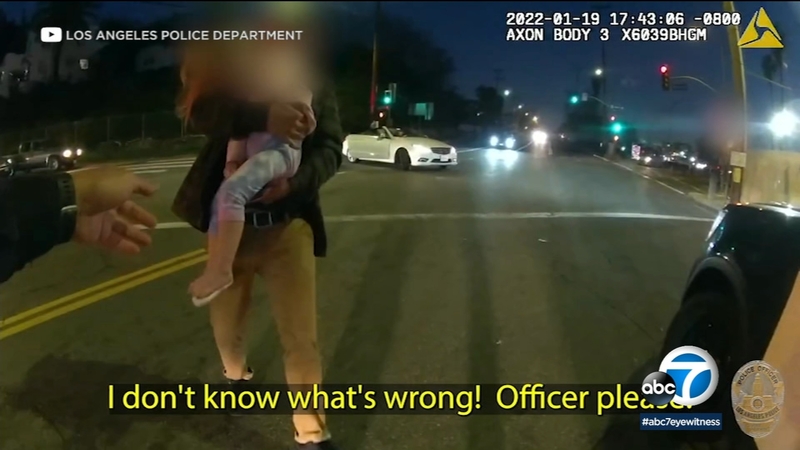 ECHO PARK, LOS ANGELES (KABC) -- The Los Angeles police sergeant who saved a young child from choking is speaking out about those emotionally charged moments.

That sergeant immediately began trying to clear the little girl's airway while calling for an ambulance. Moments later, she started breathing again.

A Los Angeles police sergeant is being hailed a hero after harrowing bodycam footage video captured the moment he saved a baby who was choking and not breathing.

The sergeant who performed the rescue says he understood the parent's panic as he is a father himself.

"I spoke to the dad and he was grateful...We shared a hug because I think it was a sigh of relief between both of us as fathers," said Sgt. Bumjin Kim.

He added he's grateful for the chance to make a difference in the family's life. He plans to meet with them again under better circumstances so he can give the little girl a teddy bear with a police vest.