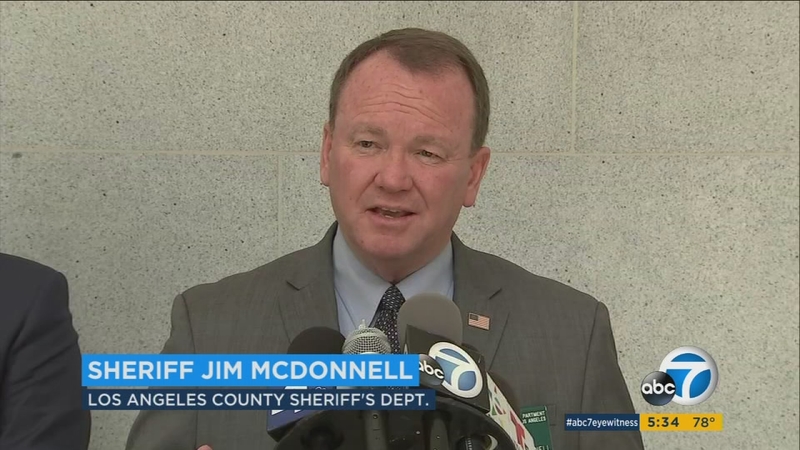 The legislation would limit the sharing of information by California law enforcement with federal immigration agents. It would also prevent U.S. Immigration and Customs Enforcement agents from working with jails to deport prisoners directly.

Advocates for immigrants say the bill would improve their community's relations with law enforcement.

"SB 54 will give our community a sense of safety in their interaction with local law enforcement," said Angelica Salas with the immigrant-rights group CHIRLA.

The sheriffs argue the bill could endanger the public and protect violent criminals.

McDonnell says if ICE agents can't transfer prisoners from jails the alternative would be worse. They would still look to deport released prisoners, but the wider search would ensnare more people.

Several groups filed a lawsuit yesterday against the sheriff to compel disclosure about any interactions with the Trump administration about SB54. They said the department has failed to comply with public records requests for information on the issue.