Dozens of flights at the Los Angeles International Airport were canceled Thursday ahead of what is expected to be a "once in a generation" winter storm that is likely to impact every airport in every state.

LOS ANGELES (KABC) -- Dozens of flights at the Los Angeles International Airport were canceled Thursday ahead of what is expected to be a "once in a generation" winter storm that is likely to impact every airport in every state.

The frigid air was moving through the central U.S. States to the east, with windchill advisories affecting about 135 million people over the coming days, weather service meteorologist Ashton Robinson Cook said Thursday. There were already widespread disruptions in flights and train travel.

"This is not like a snow day when you were a kid," President Joe Biden warned Thursday in the Oval Office after a briefing from federal officials. "This is serious stuff."

Forecasters are expecting a bomb cyclone - when atmospheric pressure drops very quickly in a strong storm - to develop near the Great Lakes, which will increase winds and create blizzard conditions, Cook said.

RELATED: 'Bomb cyclone': What to know about this kind of monster storm

At LAX, 36 flights were canceled as of Thursday morning, most of which were heading to Chicago or Minneapolis.

There were also more than 100 delayed flights.

"My first one got canceled last night so a lot of the flights either got pushed back to the morning or just straight up canceled," said Jesse Polanco of Huntington Park who had just gotten back to Southern California from Denver where the temperatures were below freezing. "Even the ones that got pushed back to the morning were already canceled so yeah, I consider myself pretty lucky."

In Texas, temperatures were expected to quickly plummet Thursday, but state leaders promised there wouldn't be a repeat of the February 2021 storm that overwhelmed the state's power grid and was blamed for hundreds of deaths.

Texas Gov. Greg Abbott, in a news conference Wednesday, was confident the state could handle the increased demand for energy as the temperatures dropped.

"I think trust will be earned over the next few days as people see that we have ultra-cold temperatures and the grid is going to be able to perform with ease," he said.

The cold weather extended to El Paso and across the border into Ciudad Juarez, Mexico, where migrants have been camping outside or filling shelters as they await a decision on whether the U.S. will lift restrictions that have prevented many from seeking asylum.

Elsewhere in the U.S., authorities worried about the potential for power failures and warned people to take precautions to protect older and homeless people and livestock - and, if possible, to postpone travel.

"This event could be life-threatening if you are stranded with wind chills in the 30 below to 45 below zero range," according to an online post by the National Weather Service in Minnesota, where transportation and patrol officials reported dozens of crashes and vehicles off the road.

More than 1,846 flights within, into or out of the U.S. had been canceled as of midday Thursday, according to the tracking site FlightAware.

MORE: What can I do if my flight is canceled, delayed? How to prepare for likely 2022 holiday travel mess

Airlines have also canceled 931 Friday flights. Chicago's O'Hare and Midway airports and Denver's airport were reporting the most cancelations. Freezing rain forced Delta to halt departures from its hub in Seattle.

Amtrak, meanwhile, canceled service on more than 20 routes, primarily in the Midwest. Service between Chicago and Milwaukee, Chicago and Detroit, and St. Louis and Kansas City, Missouri, was suspended through Christmas Day.

Travelers who make it to Southern California, however, should see relatively mild conditions on Thursday and through the holiday weekend.

The region is expected to have the warmest temperatures in the nation, topping 80 degrees in some areas for Christmas Day.

More than 1,000 US flights canceled as winter weather snarls travel 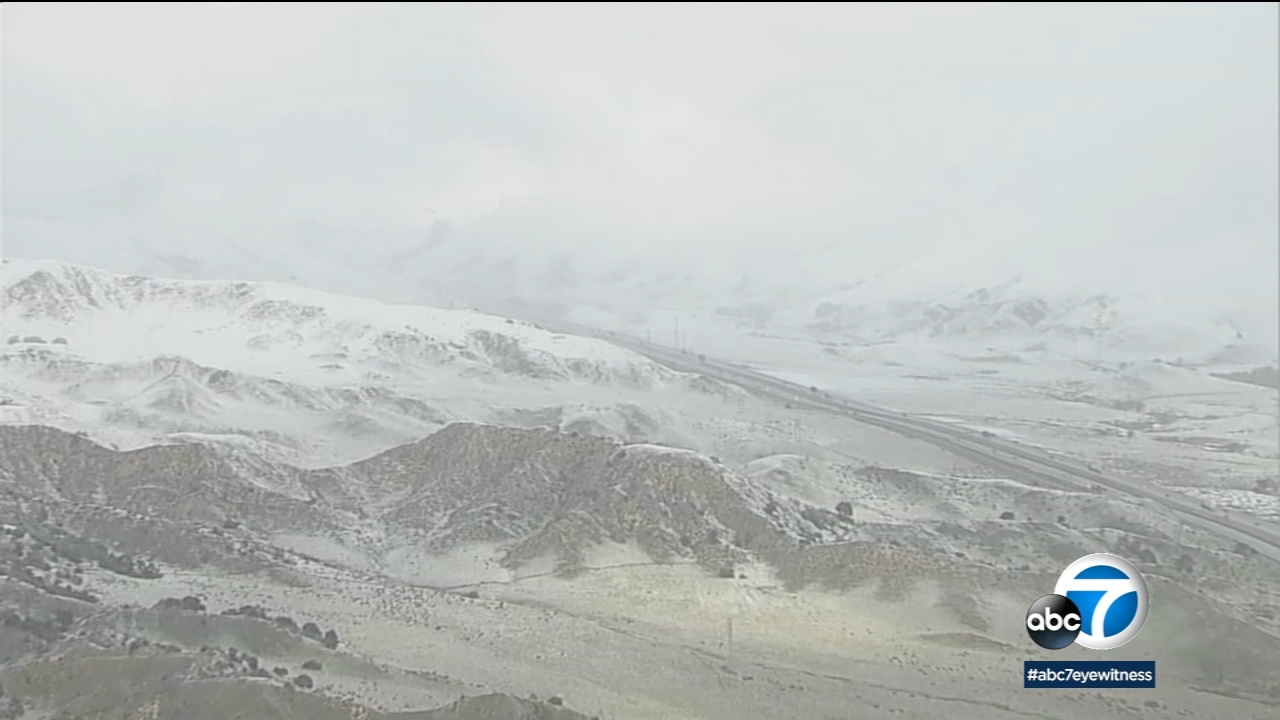