The man accused of setting fire to American flags that were on display at several homes in Long Beach has been identified and remains in jail on $3.25 million bail.

LONG BEACH, Calif. (KABC) -- The man accused of setting fire to American flags that were on display at several homes in Long Beach has been identified and remains in jail on $3.25 million bail.

According to police, 35-year-old John Leo Meylor of Laguna Niguel faces 13 counts of arson, one count of arson to an inhabited structure, and violation of parole.

Firefighters were initially sent to a reported vehicle fire in the 2800 block of Iroquois Avenue at around 3:30 a.m. on Thursday. Moments later, calls began coming in from residents who reported seeing flags on fire on the same street.

Video obtained by Eyewitness News shows a man approaching a home and grabbing an American flag that was anchored out front. He was seen setting it on fire.

Alexis Lenon, a nearby resident, said she woke up when her dog started barking and stepped outside to see flames shooting from her best friend's home across the street.

She credits her dog Lucca, who normally doesn't bark, for making sure everyone got out of their homes safely.

"I think because of him we were able to get our friends out in time, and I just can't imagine what would have happened if he didn't wake us up," Lenon said. "Nothing like this has ever happened before, and by the time it was noon the next day, all of the American flags had been replaced by one of our neighbors and so we're really fortunate and it's such a tight-knit community."

With the assistance of the Long Beach Police Department, Meylor was taken into custody shortly after the incidents. 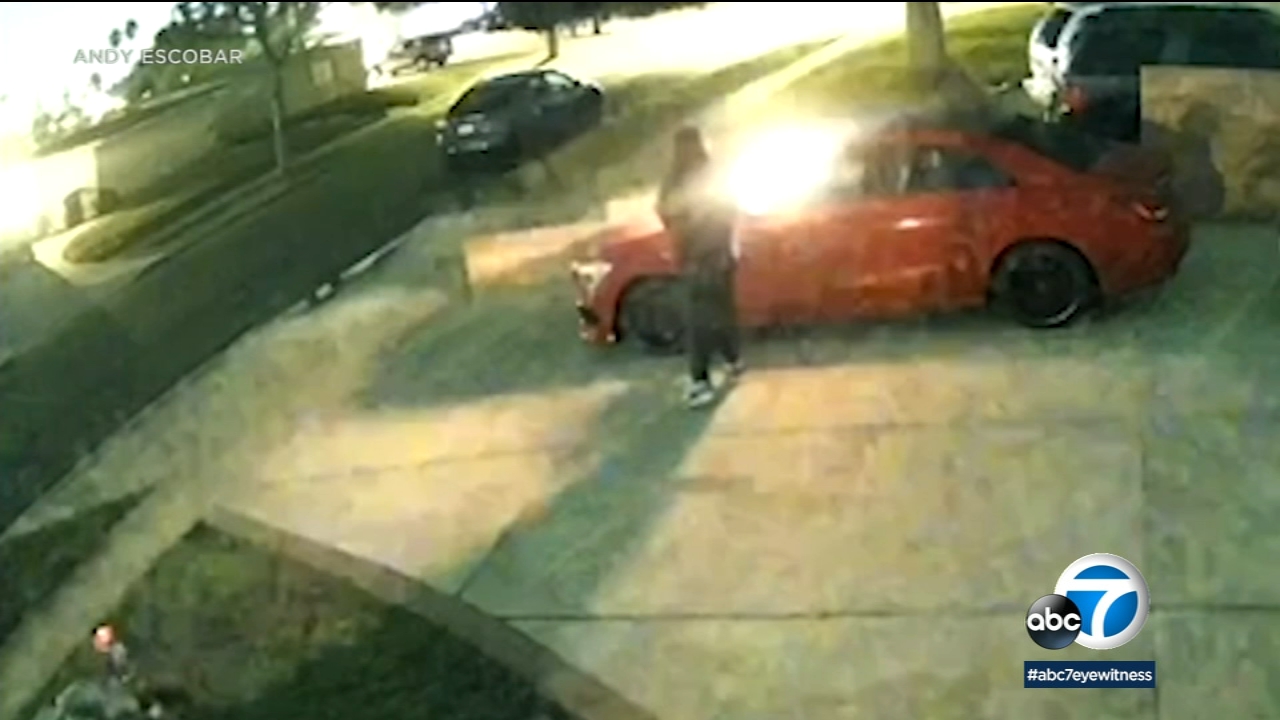 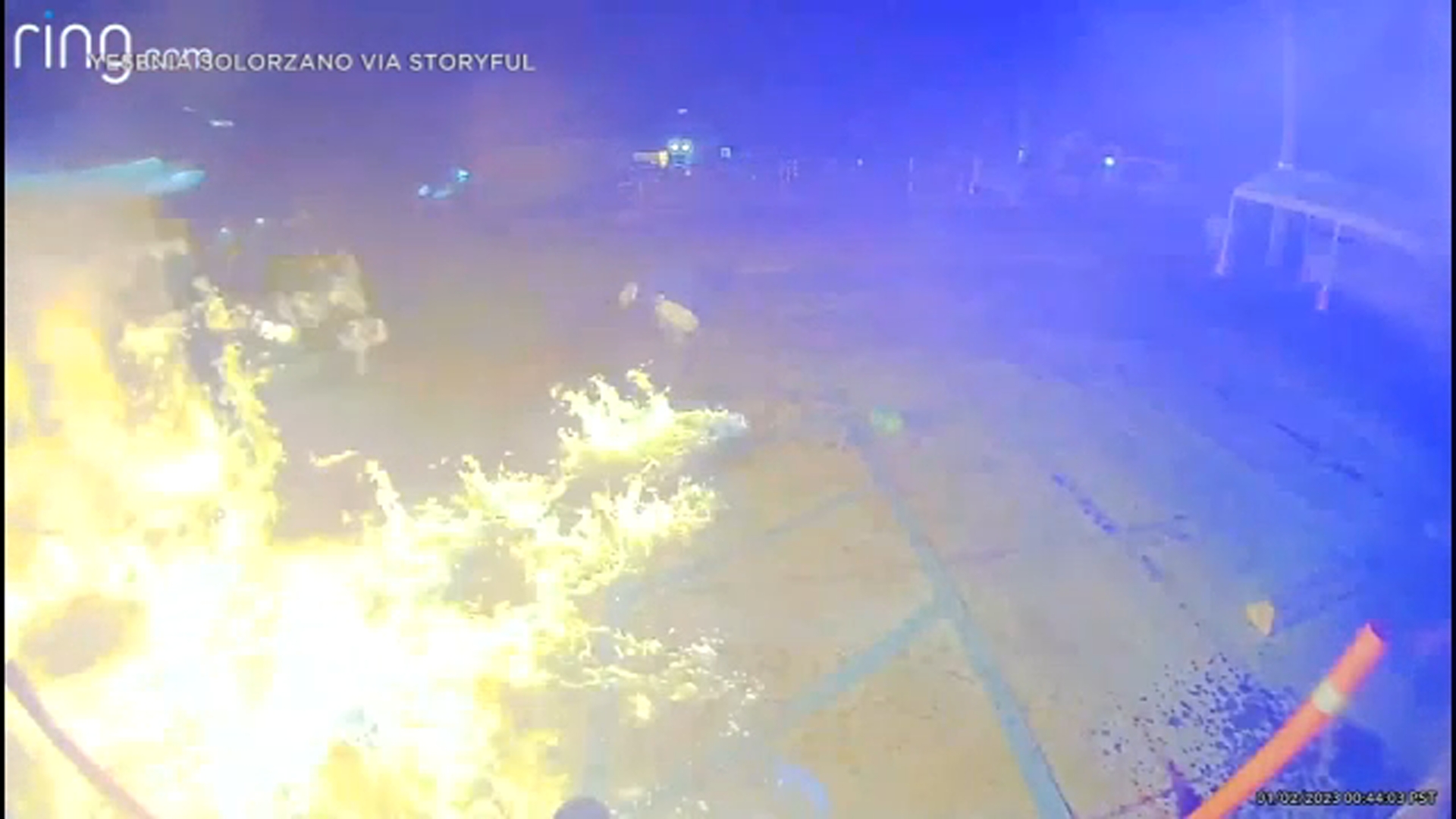 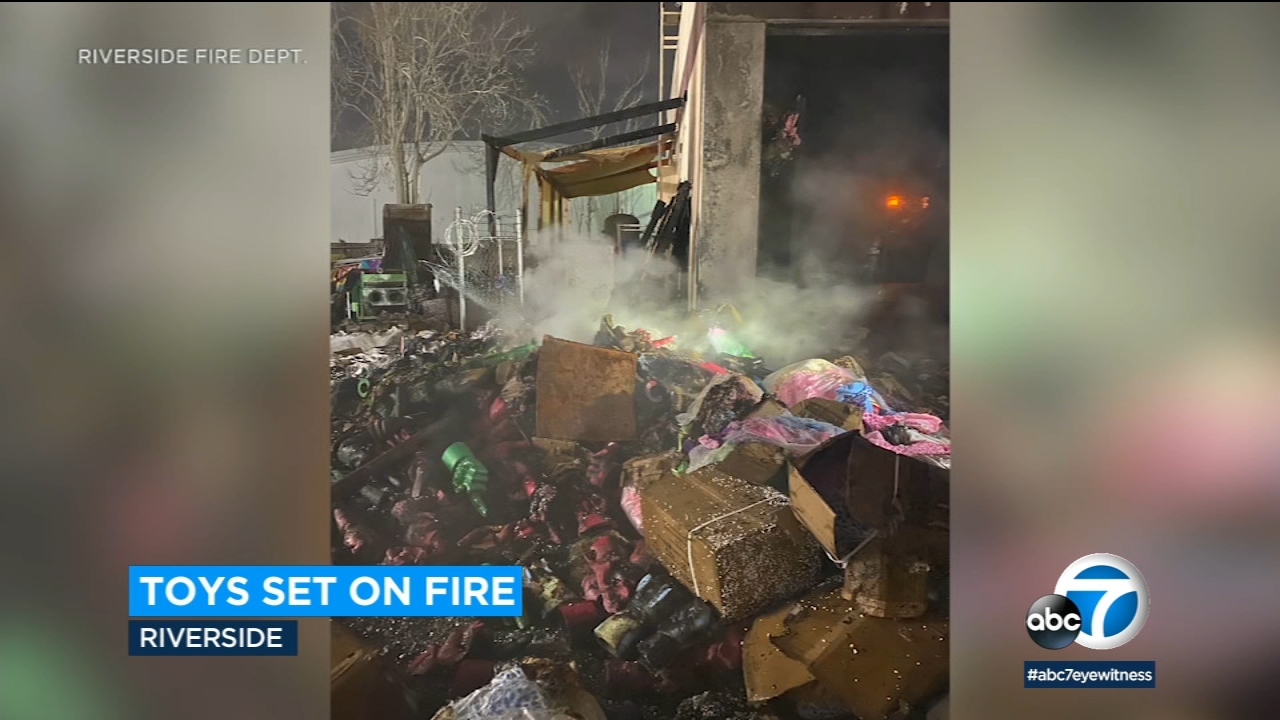