Midazolam has been used in Long Beach for years, but a year ago both the police and fire departments started working together.
KABC
By Jaysha Patel 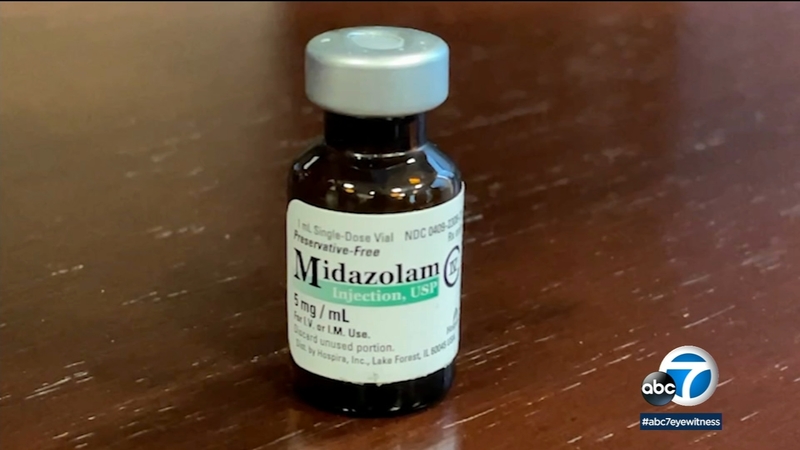 LONG BEACH, Calif. (KABC) -- In Long Beach, the police and fire departments have been teaming up with the disaster and communications department when trying to help people who are in a behavioral crisis or could be violent.

Midazolam has been used in Long Beach for years, but a year ago both the police and fire departments started working with one another.

"We set up a plan, police department goes in first and gets ahold of the patient, when it's safe for the fire department, paramedics to go on the scene then they come in and administer the medicine and at that point the person becomes a patient," said Espino.

Paramedics administer Midazolam as an aerosol through the nose. After, the person is transported to the hospital.

The use of sedatives by law enforcement has been controversial.

"If used properly, it's a very safe drug. In large doses it can be a very unsafe drug in that it can cause people to stop breathing," said Morris Jagodowicz, an anesthesiologist.

Chief Espino says they can use a total of 20 milligrams of Midazolam in the field.