Three teenagers suspected of starting a restaurant fire and looting in Santa Monica during a day of civil unrest were arrested Wednesday, authorities said.
KABC 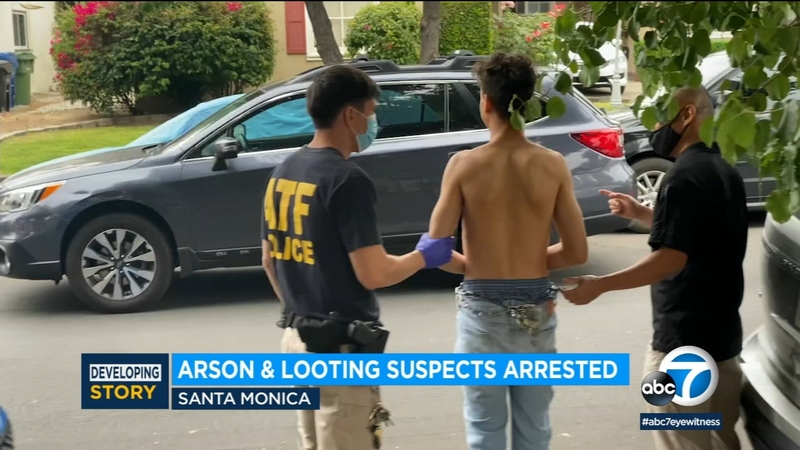 Bureau of Alcohol, Tobacco, Firearms and Explosives agents and Santa Monica police arrested 19-year-old Micah Tillmon in West Hills on federal charges alleging he started a fire to the Sake House by Hikari at 4th Street and Santa Monica Boulevard.

Police said during the arrests they recovered stolen items linked to the looting.

AIR7HD was overhead May 31 at the Sake House restaurant as it burned.

Meanwhile, a criminal complaint charges Tillmon with one count of arson, a felony offense that carries a mandatory minimum of five years in federal prison and a maximum sentence of 20 years. According to the affidavit in support of the criminal complaint, security video from the restaurant shows Tillmon removing a red tube-shaped object from his jacket, which he placed behind the reception desk area of the restaurant before walking away. Within seconds of that action, smoke and fire appeared from the area.''

The Santa Monica Fire Department said the fire was caused by the red object allegedly placed by Tillmon.

Over the weekend of May 30-31, more than 400 people were arrested after multiple businesses in the city were damaged and ransacked by looters, most of whom were not associated with nearby peaceful protests over the death of George Floyd, Santa Monica police said.