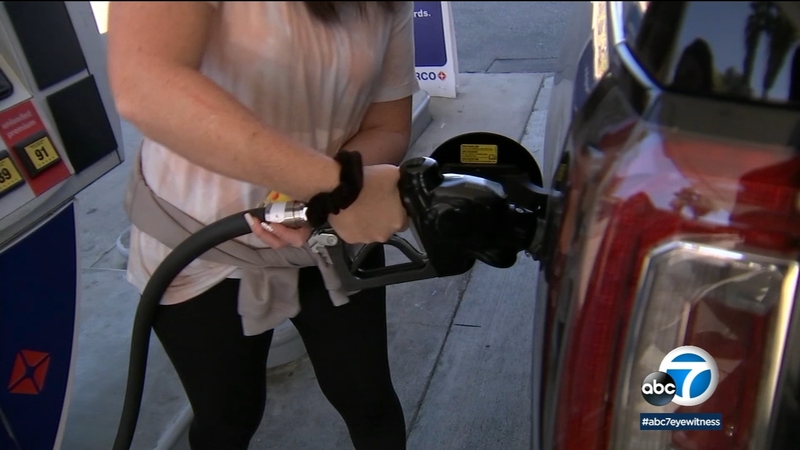 LOS ANGELES (CNS) -- The average price of a gallon of self-serve regular gasoline in Los Angeles County rose to a record Thursday for the sixth consecutive day, increasing 2.1 cents to $6.221, its eighth consecutive increase.

The average price has risen 13 cents over the past eight days, including 2.8 cents Wednesday, according to figures from the AAA and Oil Price Information Service. It is 12.8 cents more than one week ago, 39.9 cents higher than one month ago and $1.989 greater than one year ago.

The Orange County average price rose 2.1 cents to its sixth consecutive record, $6.20, its seventh consecutive increase. It has risen 14.1 cents over the past seven days, including 2.9 cents Wednesday.

The Orange County average price is 43.3 cents more than one month ago and $2.019 higher than one year ago.

Gas reaching $8 per gallon in some parts of LA? Drivers turn to other forms of transit
EMBED More News Videos

Gas prices in downtown Los Angeles are set at more than $8 per gallon. Throughout Southern California, pump prices are well over $6 per gallon, a sickening reality for those who drive for a living.

This comes as the OPEC oil cartel and allied producing countries including Russia will raise production by 648,000 barrels per day in July and August, offering modest relief for a global economy suffering from soaring energy prices and the resulting inflation.

The decision Thursday steps up the pace by the alliance, known as OPEC+, in restoring cuts made during the worst of the pandemic recession. The group had been adding a steady 432,000 barrels per day each month to gradually restore production cuts from 2020.