Several protesters said they were upset the forum did not feature any unhoused participants.
KABC 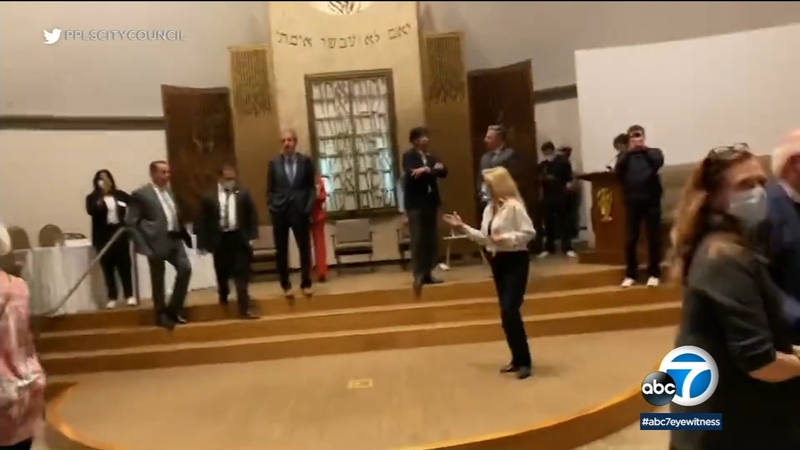 Several members of People's City Council, which advocates for those experiencing homelessness, said they were upset the forum did not feature any unhoused participants. The incident was captured on video and was later posted on social media.

As the protester's foul language and volume increased, the forum was called off and the candidates were forced to leave the stage.

The forum, led by local faith leaders, was held at Temple Beth Hillel in Valley Village and focused on the homeless crisis in Southern California, affordable housing, and food insecurity across L.A.