Ukrainian-American woman from SoCal describes harrowing escape from Kyiv: 'I cried. I prayed.'

Most of her family made it out, but her father stayed behind to help his homeland.
KABC
By Leanne Suter 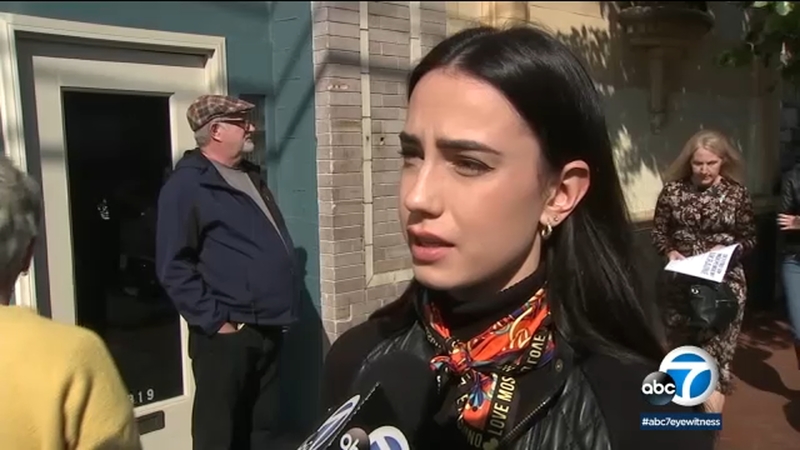 LOS ANGELES (KABC) -- A Ukrainian-American woman is back in Los Angeles after a terrifying escape from Kyiv she described as heartbreaking, and she fears for her family left behind.

Veronika Vozna and her brother fled Ukraine when the bombing started. She told Eyewitness News they were stuck in traffic for eight days until they were able to get to Poland as hundreds fled on foot.

Most of her family made it out, but her father stayed behind to help his homeland.

"We wake up honestly in a panic," she said. "Our brains didn't work. We started packing, whatever we could ... grabbing documents and money. We had to leave right away. My father, even though he is American, he is fighting [in Ukraine.] I really respect him, even though I am afraid for him."

Vozna joined hundreds of others in East Hollywood on Sunday as a call to join forces.

Dozens filled up the Ukrainian Culture Center as they gathered for a "Stand with Ukraine L.A." event to discuss creating one centralized headquarters in their mission to make the biggest impact possible.

Ukrainian organizations in Los Angeles have chosen to combine their efforts to best help their countrymen and women back home.

"It's important to put the power together ... stop the suffering of our people," said Andrey Trofimenko, who attended the gathering from Porter Ranch.

Volunteers packed thousands of emergency triage kits that will be sent to Ukraine. A Southern California physician who created the simple, but specific, kits said they are intended to stop bleeding whether from a gunshot or blast injury.

As the fighting intensifies in Ukraine, Vonza is scared for her father and all the loved ones left behind.

"I cried, I prayed ... I can't even describe," she said. "My heart hurts for my country. I never thought something like this could happen."

For other ways to support Ukrainians and various ongoing relief efforts, click here.