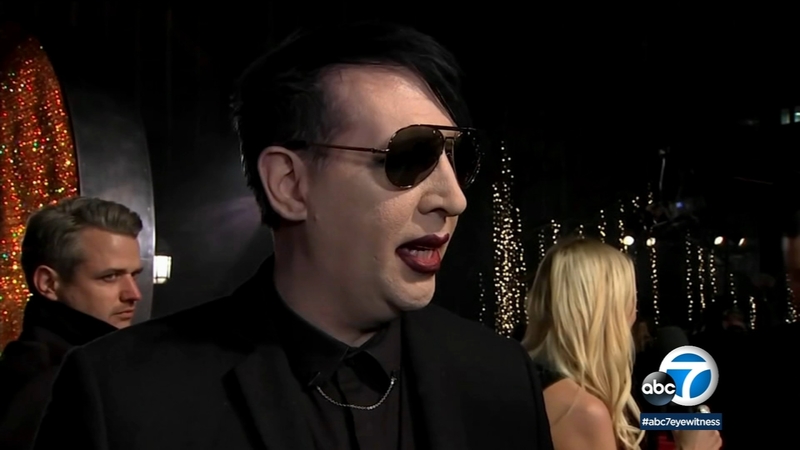 The department stated its Special Victims Bureau is leading the probe into incidents that occurred between 2009 and 2011 when Manson lived in West Hollywood. Further details were not disclosed.

The names of the alleged victim or victims were not disclosed but former partners of Manson have recently spoken publicly to accuse him of sexual and physical abuse.

Actress Esmé Bianco came forward with abuse allegations, claiming she was "coerced into involuntary servitude, which included sexual abuse and physical abuse" during her three-year relationship with the rocker.

During an interview with ABC News, Bianco alleged graphic sexual and physical violence committed by Manson, and said he did not allow her to sleep, eat or leave the apartment without his permission after she moved into his West Hollywood apartment in 2011.

Bianco's lawyer, Jay Ellwanger, said in a statement to ABC News that his client was interviewed by FBI agents in Los Angeles recently, at their request.

Manson's record label, Loma Vista Recordings, dropped him on Feb. 1 after actress Evan Rachel Wood accused her ex-fiancé of sexual and other physical abuse, alleging she was "manipulated into submission" during their relationship. He denied the allegations.

Manson, whose real name is Brian Warner, became a household name in the mid-1990s with a series of hit rock albums and used a stage persona designed to shock and stoke controversy.

"He started grooming me when I was a teenager and horrifically abused me for years," Wood shared in an Instagram statement.