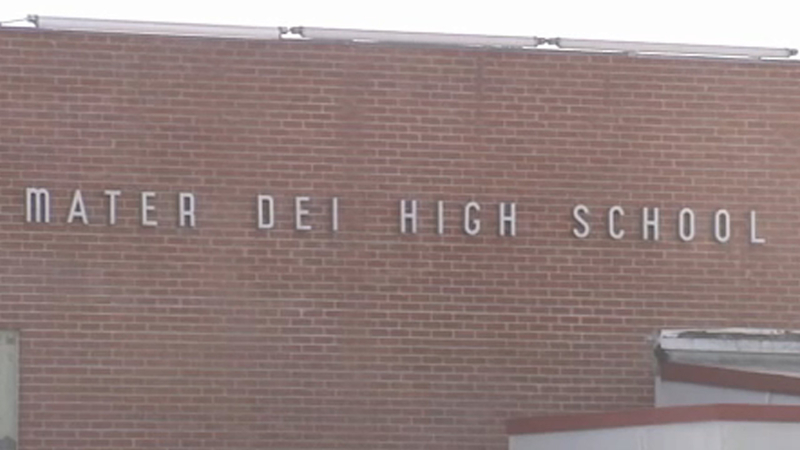 SANTA ANA, Calif. (KABC) -- A woman has filed a lawsuit accusing a former Mater Dei High School football and track coach of raping her while she was student-athlete at the Santa Ana school in the 1980s.

The alleged victim says she was raped by Patrick Callahan in 1987, when she was 17 years old and working as the football team's statistician.

Due to an intense workout schedule before the start of football season, players, coaches and students slept overnight at the high school.

"In that setting, she was isolated and removed from the other students who were told to sleep in the gym," Mike Reck, the plaintiff's attorney, said in an interview with ABC7. He said his client was "removed to the Mater Dei football field and sexually assaulted by the coach on the football field."

The woman claims she was repeatedly sexually assaulted by the coach during the months leading up to that incident and over a period of years. Callahan has denied the allegations.

Callahan, Mater Dei High School and the Roman Catholic Diocese of Orange are named in the lawsuit.

Reck said the school and the diocese were made aware of the woman's story in 2011 but have kept quiet about it.

Mater Dei is also under scrutiny and being sued over an incident that occurred in February 2021, in which a football player agreed to engage in a hazing ritual involving two players punching each other in the torso. But the student allegedly took blows to the head, suffering a traumatic brain injury.