$60,000 worth of meth found stuffed in child booster seats

Authorities said there were two adults and their children inside the vehicle.
KABC 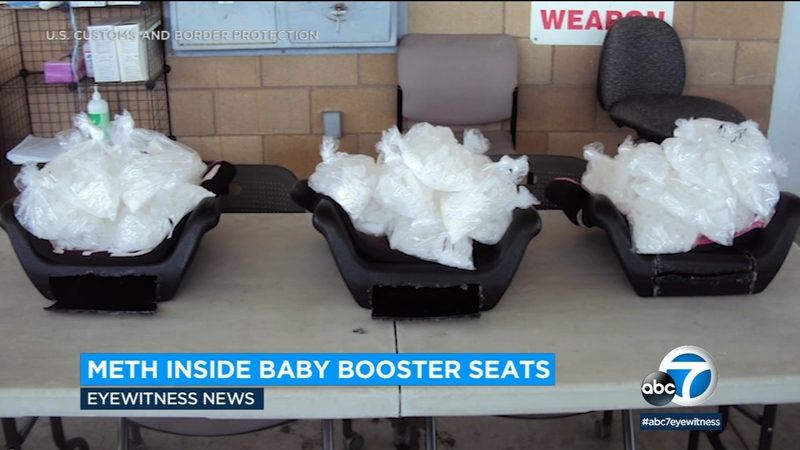 $60,000 worth of meth found stuffed in child booster seats

Agents stopped the driver Wednesday on I-15 - just north of the Newton Azrak Border Patrol Station checkpoint near Temecula.

They found three booster seats with several packages containing what was described as a white crystal substance that tested positive for methamphetamine.

The driver was found with 26.9 pounds of meth, which has an estimated street value of $60,000, according to authorities.

Authorities said there were two adults and their children inside the vehicle.

The driver along with the drugs were turned over to the Inland Crackdown Allied Taskforce for prosecution.

The vehicle was seized by Border Patrol.

Authorities said the four children and their mother were released.