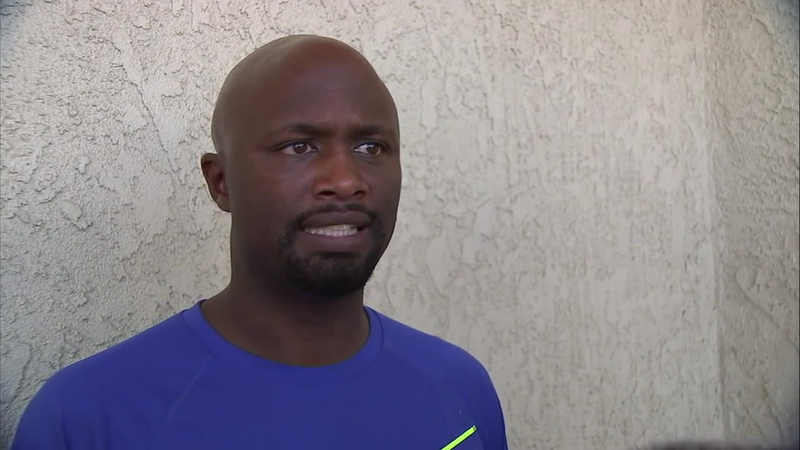 VICTORVILLE, Calif. (KABC) -- For the past several years, Jimmie Williams III has been mistaken for another man with a lengthy criminal record.

Not only does he share the same name as criminal Jimmie Antonio Williams Jr., they both have the same birthday, too.

Last Friday, Williams III was arrested once again at his Victorville home after a San Bernardino County Sheriff's deputy mistook him for the other man with a warrant out for his arrest.

He has also been arrested in 2006 and 2009 based on the mistaken identity.

The 34-year-old's doorbell camera captured the encounter, which ended with the deputy wrestling Williams III to the ground.

Williams III, who had no prior criminal record, now has one after he was arrested for felony obstruction and resisting.

As a result of the arrest, he missed being a groomsman in a wedding and had to post $2,500 in bail.

"Now my newborn child is going to come into the world without some of the things I would like to provide for him because his dad had to spend money on shenanigans," Williams III said.

The arrest could also have ramifications for his job.

"My work is not going to let me come back to work with a felony," he said.

"We sympathize with the situation Mr. Williams is in, and encourage him to remain cooperative during his entire contact with law enforcement. For officer safety, Mr. Williams wasn't allowed back into his home. The San Bernardino County Sheriff's Department has taken every measure possible to alleviate Mr. Williams' issues with the mistaken identity of the warrant. Our computer systems have been updated, in an attempt to minimize the chances of a mistaken arrest."
Report a correction or typo
Related topics:
victorvillesan bernardino countyarrestsan bernardino county sheriff's departmentsurveillance camera
Copyright © 2021 KABC-TV. All Rights Reserved.
RELATED 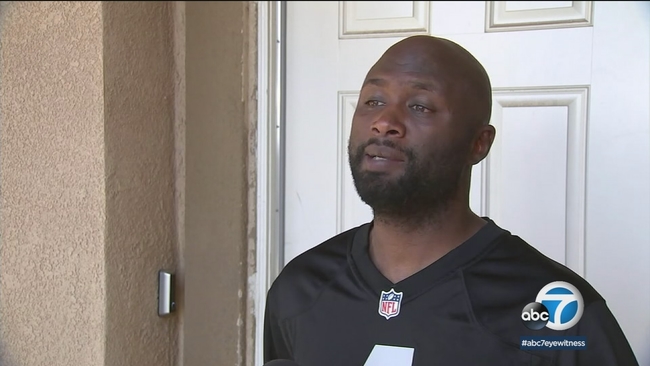