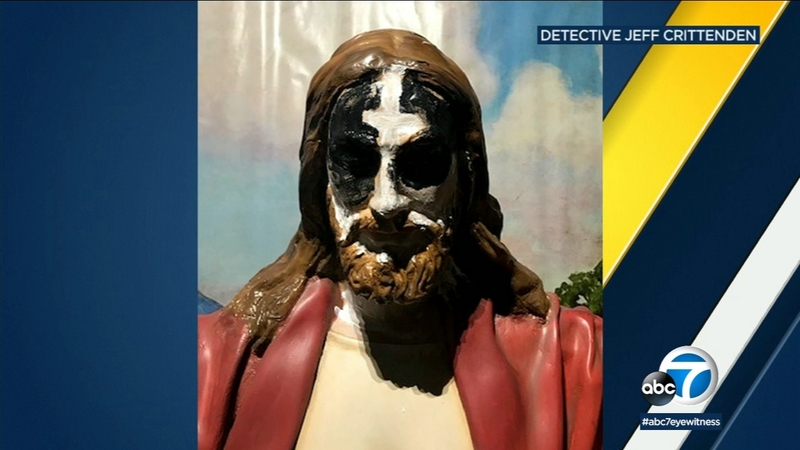 ONTARIO, Calif. (KABC) -- The search is underway for whoever vandalized a nativity scene in Ontario.

The nativity scenes have been a fixture in the center median of Euclid Avenue in the Inland Empire city since 1958.

Officials say over the years the displays have suffered damage, but mostly incidental incurred during transportation or other accidents.

In this case, vandals sprayed black paint over the face of Jesus, wrote a pentagram on the forehead of Baby Jesus and painted a disparaging word on the Virgin Mary.

Officials aren't sure if this was a hate crime motivated by religious animosity or possibly just a random prank by teens.

"This could be as simple as a vandalism, but we won't know because we don't know who the suspect is or the reason they did this," said Sgt. Bill Russell with Ontario police.

The city also puts up displays to honor other religious traditions. A spokesperson for the nonprofit group in charge of the displays doesn't necessarily believe it was a hate crime motivated by religion.

"We have a menorah here, we have every religion represented," said Michael Kraus with the Greater Ontario Convention & Visitors Bureau.

"There's multiple other religions who are out here, that are entitled to be out here on the center median. We're not discriminatory toward any religion."

The damage is being cleaned up and repaired.