The harbor master said the keys were in the ignition because the boat was undergoing maintenance.
KABC 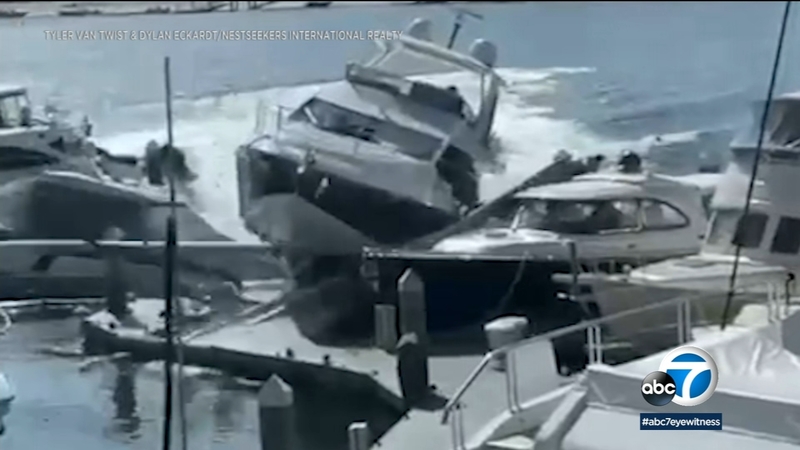 NEWPORT BEACH, Calif. (KABC) -- A man tried to steal a 65-foot yacht in Newport Beach, according to authorities, and the wild scene was caught on video.

It happened Thursday morning near the Lido Island Bridge.

The man, who was on the run for a brief moment, crashed into several other boats and docks, causing serious damage before running into the bridge and seawall.

The harbor master said the keys were in the ignition because the boat was undergoing maintenance.

At least one person was injured and treated for a minor injury, authorities said.

Tyler Van Twist, who works in the area, spoke with ABC7 via Zoom on Thursday and said the sound of the incident is what startled him.

"The engines were so loud and we were like, 'There's no way that a boat is going that fast in the harbor right now,'" he said. "He jumped on this yacht, he put it in reverse, he kept doing 360s in the harbor, so we were filming and we go, 'This guy's going to hit something.'"

Deputies with the Harbor Patrol arrested the man after the yacht became disabled.