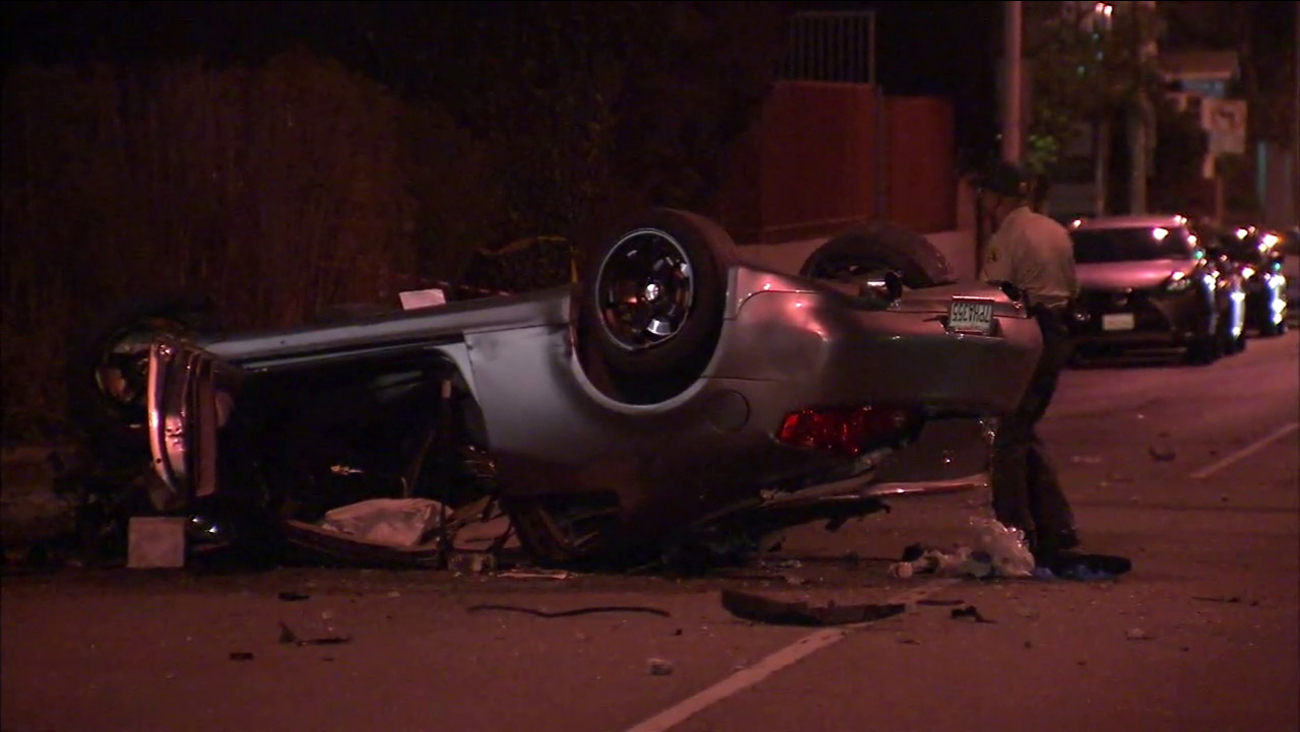 A car overturned in a crash in West Hollywood on Thursday, Oct. 27, 2016, killing one person and leaving three hospitalized. (KABC)

WEST HOLLYWOOD, Calif. (KABC) -- One person was killed and three others were hospitalized after a speeding car crashed and overturned late Thursday evening in West Hollywood, authorities said.

Shortly before midnight, the two-door Infiniti G35 was traveling at a high rate of speed on Fountain Avenue near Spaulding Avenue when it struck a parked car, according to the Los Angeles County Sheriff's Department.

The vehicle then spun out of control, hit a wall on a residential property and flipped over, a sheriff's spokesperson said.

A female was killed in the crash and three other occupants were transported to a hospital in unknown condition, authorities said.

Fountain Avenue was closed between Spaulding and Curson avenues as an investigation and cleanup operation got underway. The closure was expected to last until about 6 a.m., the Sheriff's Department said.

Motorists were advised to use Santa Monica or Sunset boulevards as alternative routes.