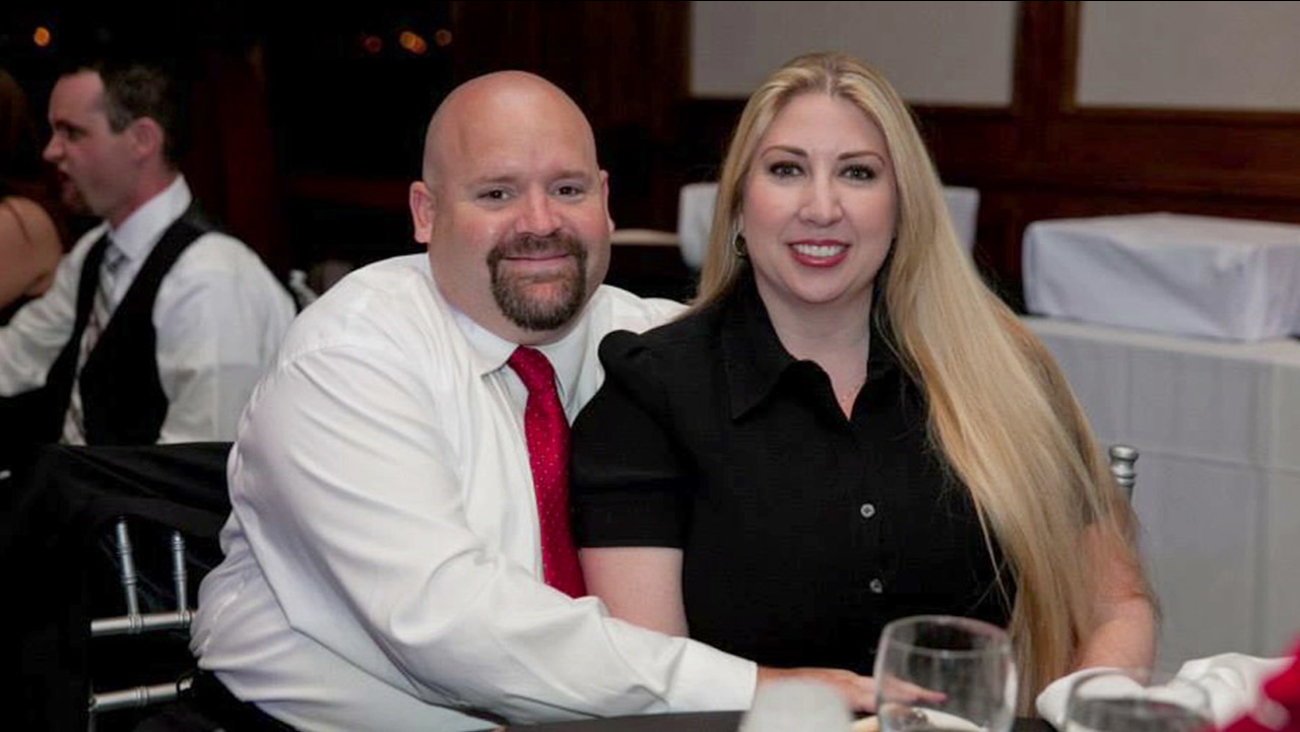 Robert Adams, left, is shown next to his wife Summer, right, in an undated photo. (KABC)

RIALTO, Calif. (KABC) -- Family and friends remembered Robert Adams, one of the 14 people killed in the San Bernardino terror attack, during his funeral service in Rialto on Friday.

Adams was an environmental health specialist for San Bernardino County. The 40-year-old Yucaipa resident was married and has a 20-month-old daughter.

His widow, Summer, said her husband often joked about the five things in life he was afraid of - which all started with the letter "S."

"Spiders, scorpions, sharks, snakes and Summer. If he had lived to see (our daughter) Savannah become a teenager, I'm sure she would have been the sixth 'S,'" she said during his private funeral service.