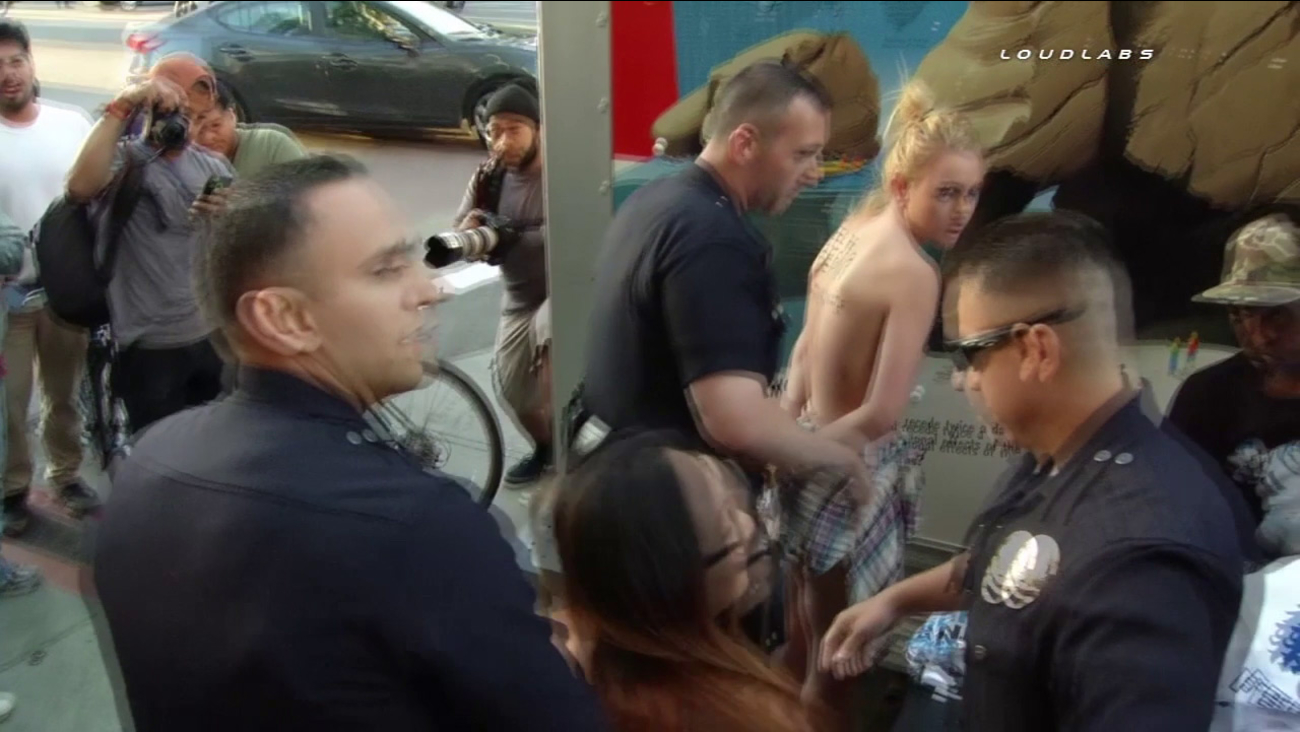 Two women fighting for gender equality were arrested outside the Bernie Sanders rally at the Wiltern Theatre in Los Angeles on Wednesday, March 23, 2016.

Los Angeles police said the incident happened outside the Wiltern Theatre on the corner of Wilshire Boulevard and Western Avenue at about 7 p.m.

In video from the scene, two women were seen topless with messages written on their body.

According to authorities, officers asked the women to cover themselves and when they refused, they were arrested for indecent exposure.

The women could be heard yelling "free the nipple" and "fight for gender equality."

The "Free the Nipple" movement fights for women's rights to be topless in areas where it's permissible for men to be topless.
Related topics:
los angelestopless womenbernie sanderslapdrallyequal rights
Copyright © 2021 KABC-TV. All Rights Reserved.
More Videos
From CNN Newsource affiliates
TOP STORIES