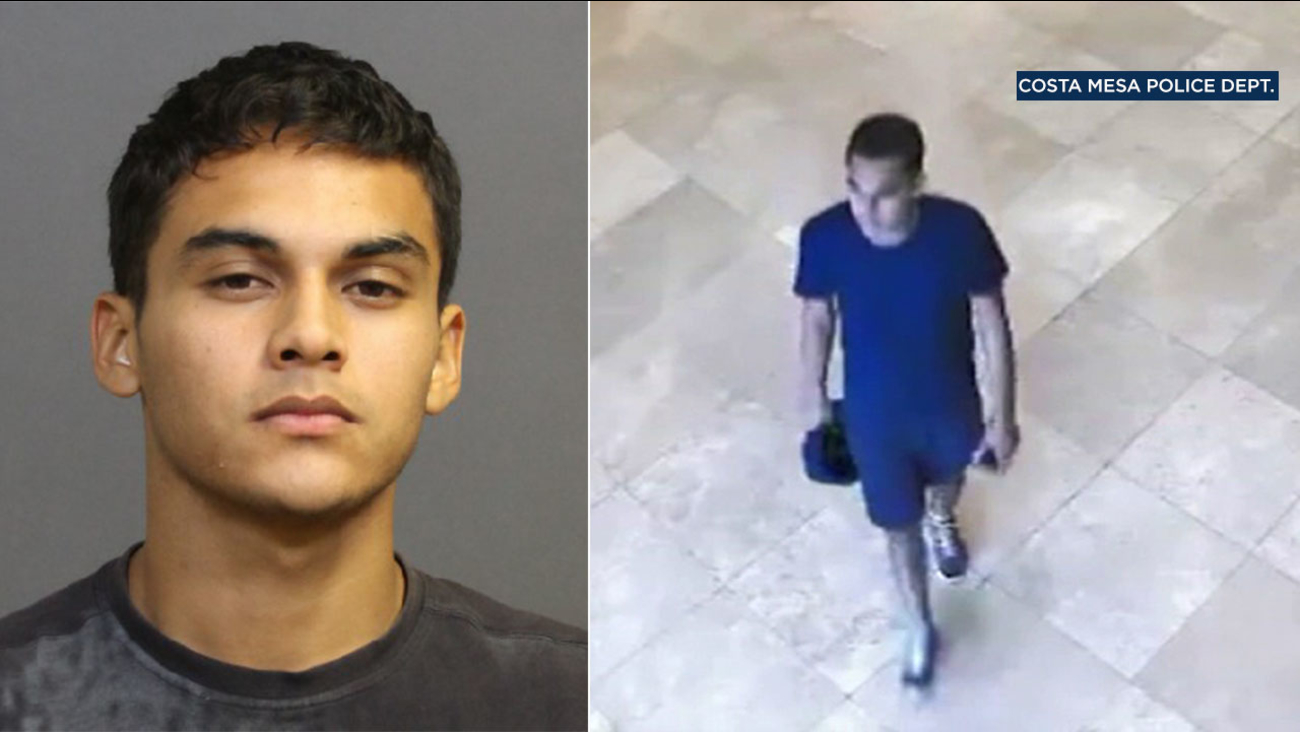 Eduardo Vidal Avalos, 20, of Orange, was arrested after he identified himself in surveillance video of a sexual-assault suspect at the South Coast Plaza, police said. (Costa Mesa Police Dept.)

COSTA MESA, Calif. (KABC) -- A 20-year-old Orange man has been arrested and booked on suspicion of sexually assaulting a woman at the South Coast Plaza.

Police say Eduardo Vidal Avalos turned himself in after his picture was circulated on social media as the suspect in a sexual assault on Aug. 2.

The suspect followed a 24-year-old woman around in the mall and then out to her car in the parking garage, reached under her skirt and sexually assaulted her, investigators said.

After surveillance footage of the suspect was released, police say Avalos turned himself in to the Santa Ana Police Department on Thursday. A friend had spotted his picture on the footage and after checking online himself, he went to police.

Costa Mesa police say Avalos cooperated with detectives and he was arrested for assault with intent to commit a felony and attempted penetration with a foreign object.